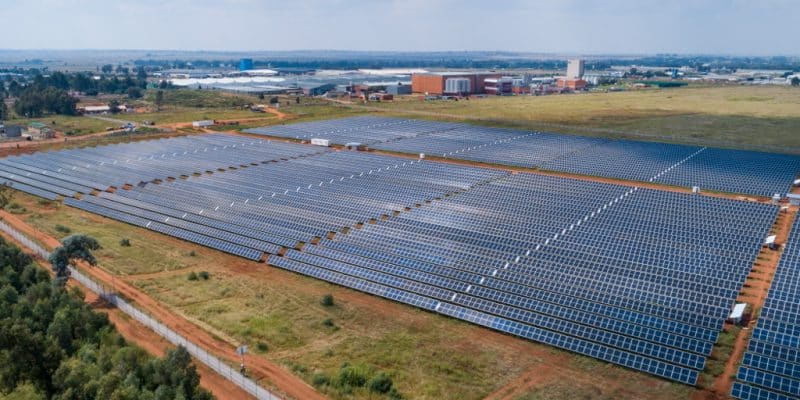 Heineken South Africa, the subsidiary of the Dutch brewing company Heineken, is inaugurating a 6.5 MWp solar power plant in Gauteng province. The plant supplies clean electricity to its brewery in Sedibeng.

The recently inaugurated solar photovoltaic plant was built as part of a partnership between Heineken South Africa and Sola Group, a Cape Town-based energy company. The park, which is dedicated to productive use, consists of 14,000 solar panels installed on 19 hectares of land in the Sedibeng district. The facility has been operational since May 2022 and has a capacity of 6.5 MWp.

This electricity will be used to power the Sedibeng brewery. The plant, which is co-operated with Namibian Breweries (NBL), was also the focus of an expansion project to increase production from 5.3 million hectolitres to 7.5 million hectolitres of beverages per year. The new solar power plant decarbonises its industrial processes with an estimated production capacity of 17,000 MWh per year.

Sola Group will operate the plant for 25 years. Construction took seven months. During this time, at least 127 people were involved in assembling the entire system, which operates with one-way tackers that orientate the modules according to the movement of the sun throughout the day, thus optimising the production of the solar photovoltaic plant.

The plant supplies 30% of the electricity needed to run the Sedibeng brewery. Heineken is adopting this solution as part of its commitment to environmental responsibility. “This project supports Heineken’s goal of achieving net-zero status at all its production sites by 2030. This is the latest step in the company’s journey towards more sustainable brewing,” says Richard Kriel, Head of Engineering, Strategic Projects and Sustainability at Heineken.

As part of this approach, the Sedibeng brewery has also built a plant that handles its wastewater. The plant, which was commissioned in 2020 by the Belgian company Waterleau, has a capacity of 6,000 m3 per day, part of which (1,516 m3 per day) is reused. The sewage sludge is also recycled into biogas. This fuel is used to produce heat and electricity to power the wastewater treatment process.