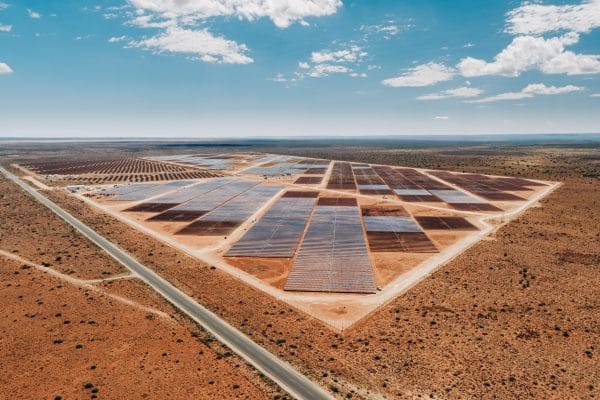 The Spanish company GRS Energy, completes the construction of the Greefspan II solar power plant in the Northern Cape Province in South Africa. It has built this solar park in partnership with the Spanish group TSK and the South African company Umbono Energy Partners. The plant, which has a capacity of 63.2 MWp, is owned by the African Infrastructure Investment Managers (AIIM).

GRS Energy is about to commission the Greefspan II photovoltaic solar power plant. Located near the town of Douglas, in the Northern Cape Province in South Africa, the solar power plant has a capacity of 63.2 MWp. GRS Energy implemented this project in partnership with the Spanish group TSK and the South African company Umbono Energy Partners.

“We have reached the preliminary and final stage for the commissioning of the solar photovoltaic plant and are now ready to start grid connection tests shortly after successful registration”, says GRS Energy, which started construction of the plant in 2018. The company based in Alcobendas (Spain) estimates that the solar park will produce 150,000 MWh of clean energy per year.

Such power would make it possible to supply at least 20,000 South African households, while avoiding the annual emission of 130,000 tonnes of CO2. According to Dylan Tudor-Jones, managing director of GRS Energy South Africa, “the solar photovoltaic installation will contribute to the industrialisation of the Northern Cape, create jobs and advance renewable energy in a country that urgently needs new production capacity to avoid load shedding”.

The Greefspan II solar project is being developed by African Infrastructure Investment Managers (AIIM), in partnership with the IDEAS fund and Black Industrialist. The concession was awarded by the South African government under the 4th round of the Renewable Energy Independent Power Producer Procurement (REIPPP) Programme. As part of this ambitious renewable energy programme, AIIM also participated in the construction of the Waterloo solar power plant which was brought into commercial operation a few days ago by the South African subsidiary of juwi Renewable Energies.