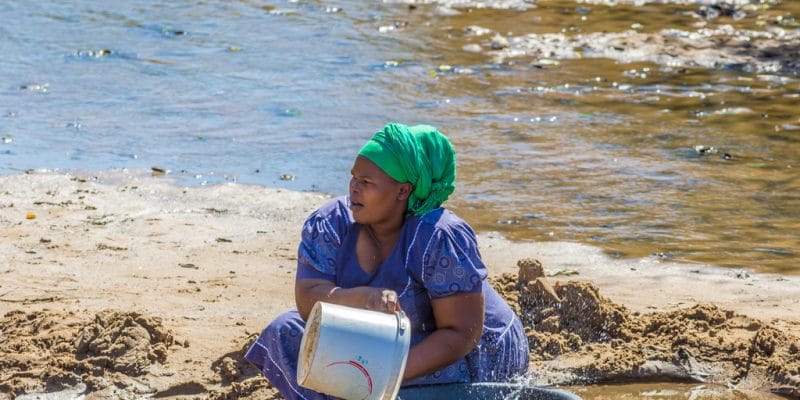 The South African government has recently launched its Water and Sanitation Master Plan. It will invest 900 billion South African rand ($61.4 billion) over a 10-year period. The aim is to address the water shortages that have affected the country for almost two years.

The implementation of the Water and Sanitation Master Plan has just been launched by the government, with the ambition of reducing water shortages over a 10-year period. To achieve this, the government plans to invest 900 billion South African rand, or just over $61.4 billion.

It is actually a strategy that requires rapid implementation given the context of drought, which has a significant impact on South Africa’s drinking water supply. “There is not enough water for an industralised country with a high population growth. Demand simply outweighs supply. We must constantly raise awareness to preserve what we have,” says Lindiwe Sisulu, South Africa’s Minister of Human Settlements, Water and Sanitation.

South Africa’s shortages are particularly acute in the Eastern Cape province, which has experienced an unprecedented drought for almost two years. In that province, the government imposed restrictions on water consumption in 2018, approaching the famous zero day when it planned to shut down drinking water supplies altogether.

This year, the water crisis was not as severe as in 2018, but it has nevertheless spread to other provinces and more broadly to other countries in southern and eastern Africa. The South African government’s $61.4 billion investment will improve public drinking water services by exploring alternative sources of supply. Desalination, a process that consists of pumping seawater, treating it by reverse osmosis before obtaining drinking water, is one such example.

A process that is more expensive to implement than surface water treatment. It consumes a significant amount of electricity, a resource whose availability is not strictly ensured due to the failures of Eskom, the public electricity company’s network. This problem has not prevented some private companies from engaging in desalination, like Lucky Star, a company that produces canned fish. In 2018, it commissioned its own desalination plants (two) capable of supplying 624 m³ of pure water per day. They are located in Laaiplek and Amawandle Pelagic, on the west coast of South Africa.

The South African government will also focus on the reuse of treated wastewater for irrigation. The projects it will implement will make it possible to pump more water from the groundwater table to supply the population.