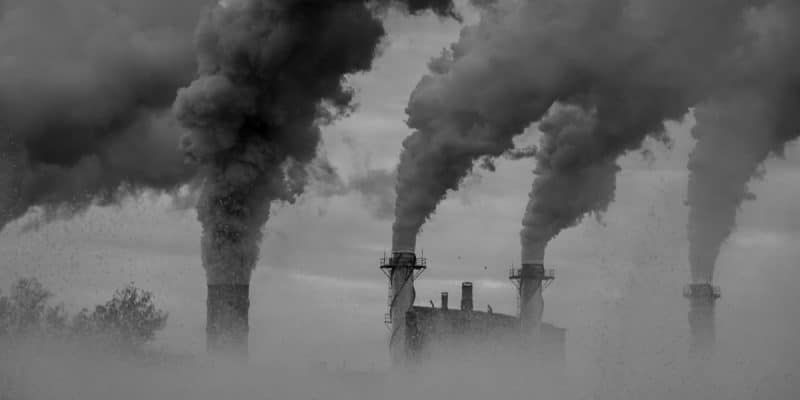 The NGO GroundWork and the community-oriented media Vukani have filed a complaint against the South African government for failing to respect the constitutional right to a healthy environment in the northeast of the country. The region, which accounts for 83 per cent of South Africa's coal production, had high levels of air pollution causing between 305 and 650 premature deaths in 2016.

The South African government will have to appear before a court to answer the charges it faces, including that of “violating the constitutional right to a healthy environment for the people”. In this new case, which will certainly capture the attention of environmentalists, the plaintiff is made up of two non-governmental organisations, GroundWork, from southern Africa, and Vukani, based in South Africa. The two environmental NGOs accuse the public authorities of failing to reduce lethal levels of air pollution in the Highveld region of Mpumalanga province in the northeast of the country.

Greenpeace, in its report published at the end of 2018, presented Mpumalanga province (which alone accounts for nearly 83% of national coal production) as the region with the world’s most polluting group of coal-fired power plants, producing record levels of nitrogen dioxide. Here, populations are exposed on a daily basis to toxic products emitted by factories. These are sulphur dioxide, heavy metals such as mercury, and fine particles, which cause chronic diseases such as asthma, bronchitis, and lung cancer. These substances can also contribute to strokes and premature births.

The government is held primarily responsible because it owns 12 of the 15 power plants in the region. According to an independent survey cited by the two NGOs, these 12 sites plus an oil refinery and a coal liquefaction plant were responsible for most of the region’s air pollution in 2016. The year they caused the premature deaths of 305 to 650 people.

In response to the announcement of the complaint filed on June 10, 2019 by GroundWork and Vukani, the new Minister of the Environment, Barbara Creecy, acknowledged that there were air-quality problems in the Highveld. On the other hand, she spoke out in favour of discussions outside the courts to resolve them.

However, it should be noted that despite the good faith of the Minister of the Environment, meeting the expectations for air quality in the Highveld will not be easy. South Africa, Africa’s leading industrial power, will not soon turn its back on coal, which has so far accounted for 88.7% of its energy production. Despite the impressive success of the strategy for independent power producers (IPPs) in the renewable energy sector.

While waiting to produce enough renewable energy to offer an alternative to coal, the South African government has introduced a carbon tax. As a first step, the tax is effective between June 1st and December 2022, at a price of 120 rand (7.3 euros) per tonne of CO2 emitted – an amount that will be revalued annually in line with inflation. But this tax will only apply to companies and should cover up to 80% of the country’s emissions, according to the World Bank. Exemptions are provided for, which may reach 6 to 48 rand per tonne of CO2.

The primary objective of the carbon tax is to reduce greenhouse gas emissions in a sustainable way. It will encourage companies and consumers to move towards low-carbon production and consumption patterns by increasing the cost of those responsible for pollution.