SOUTH AFRICA: GDT partners with Volco to set up 5 recycling plants for tyres 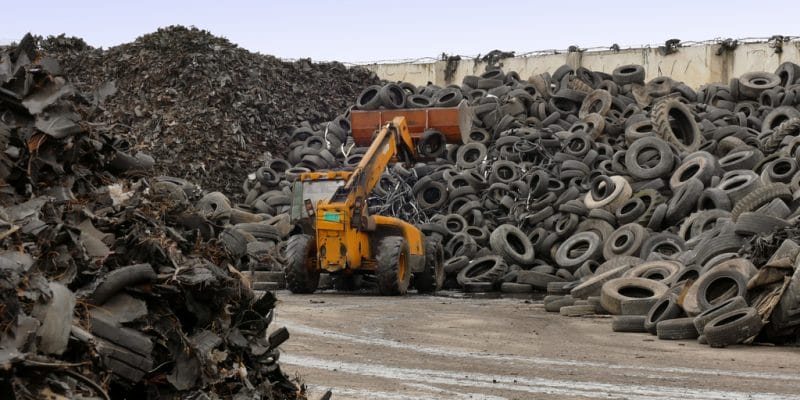 An agreement has recently been signed between the Australian company Green Distillation Technologies (GDT), which specialises in the recycling of used tyres, and the South African company Volco Power. They will establish five recycling plants for used tyres in South Africa.

Used tyres in South Africa will soon be restored. This is the objective of a cooperation project that has recently been launched through the signing of an agreement between the Australian company Green Distillation Technologies (GDT), a specialist in the recycling of used tyres, and the South African company Volco Power.

The two partners have committed to build five used tyres recycling plants in five provinces across the country. “South Africa is a good market for tyre recycling because it generates more old tyres than all other southern African countries combined,” says Wilson Machekanyanga, Volco’s business development director. According to this official, at least 300,000 tons of used tyres are produced by the rainbow nation every year, and only 20% are recycled. The rest is parked in illegal storage sites. The quantity of recycled tyres is expected to increase as a result of the partnership between the two companies.

Getting rid of old tyres in South African cities is a noble ambition for the environment. But the installation of the five plants to achieve this objective should require an investment of more than $33.7 million. Each plant will have 10 tyre processing and transformation modules and each facility will be able to recycle 700,000 used tyres per year.

The tyre processing process will undoubtedly come from the Australian company GDT, which has a solid experience in this field. It uses a process called “Destructive Distillation”. Used tyres are loaded into an airless and hermetically sealed chamber, where they melt through exposure to high heat. From this operation, we obtain three products that are used in industry. These are black carbon, oil and steel.

GDT estimates that each recycling plant in South Africa will be able to produce 8 million litres of oil, 7,700 tonnes of black carbon and 2,000 tonnes of steel annually. GDT and Volco would also like to use the heat from melting tyres to produce electricity, but according to our ERJ colleagues, negotiations on the sale of electricity have not been successful with the South African government. Both partners will sell the electricity produced by the recycling plants to private companies.