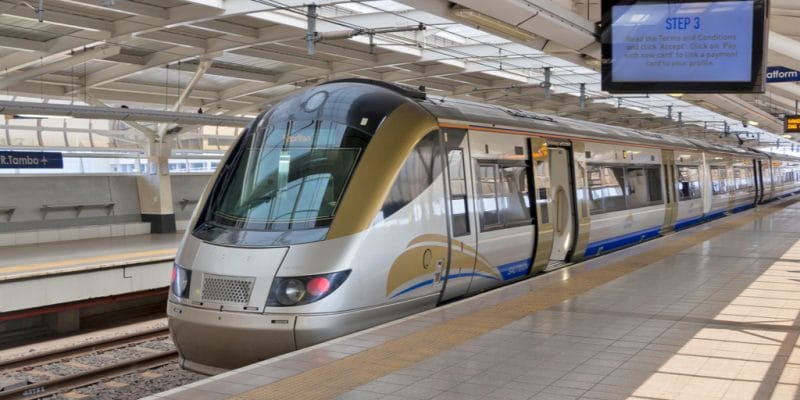 In South Africa, the German Ministry for Economic Cooperation and Development (BMZ), through the Development Bank of Southern Africa (DBSA), will finance the implementation of a renewable energy supply strategy for the Gautrain rail transit system, located in the Gauteng province of South Africa.

Ten years after its commissioning, the Gautrain rail transit system in South Africa’s Gauteng province is looking to adopt renewable energy as a power source. The project, scheduled for 2023, will be financed by the German Ministry for Economic Cooperation and Development (BMZ) through the Development Bank of Southern Africa (DBSA).

It is in this context that the government has issued a request for proposals to recruit a consultant who will carry out a strategy for the supply of renewable energy in stations of this railroad line and which takes into account the objective of reducing the carbon footprint.

The Gautrain is used by more than 18 million people a year, particularly in the cities of Johannesburg and Pretoria. The integration of renewable energy will then cover part of the electricity needs of this regional express train and its associated infrastructure. The deadline for proposals is March 28, 2022.

Meanwhile, several other projects in the renewable energy sector are in full swing in this southern African country. This is the case of the Cape Town municipality, which recently announced pre-qualifications for the construction of clean energy plants that could inject 300 MW into the city’s grid. The South African city intends to sign power purchase agreements (PPAs) with independent power producers (IPPs).