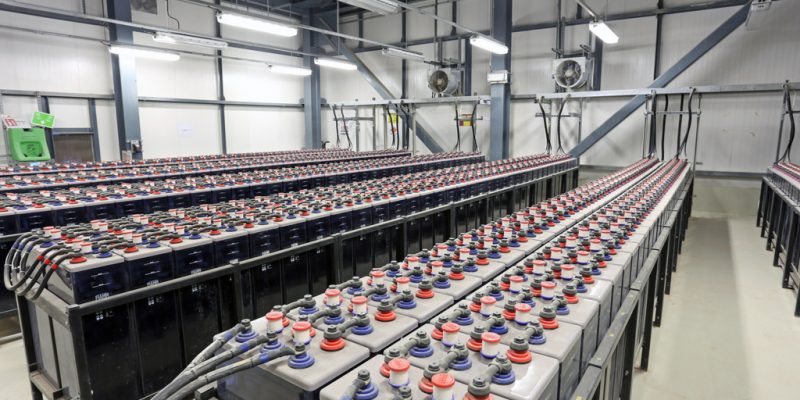 South African state-owned company Eskom is to initiate a call for tenders for a large-scale battery-powered electricity storage project. It will be implemented in two phases with an expected capacity of 1.4 GWh.

South Africa is about to launch one of the largest electricity storage projects in the world. This involves the installation of batteries that will be able to store the equivalent of 1.4 GWh of electricity. A call for tenders for this megaproject will soon be launched by Eskom, the company that provides the public electricity service in South Africa.

The information comes from Prince Moyo, Eskom’s General Manager of Energy Delivery Engineering. No exact indication was given as to when the call for tenders would be launched. The official did, however, state that the tender has already been approved by the South African Department of Finance. Eskom is currently awaiting the opinion of the Department of Public Enterprises to launch the call for expressions of interest.

The company to be selected following Eskom’s call for tenders should review the technical feasibility studies previously carried out by the public company. This complete review will allow it to provide a detailed design prior to the installation of the facilities. The company will operate and maintain and secure the facilities.

The project will be carried out in two phases. The first, which will be inaugurated in 2020, will install the batteries to store 800 MWh of electricity (200 MW). These batteries will be installed in four sets. For a storage capacity of 640 MWh (160 MW), the second phase of the Eskom project will be implemented before the end of 2021.

For this one, 10 sites are being studied by Eskom to accommodate the installation of the batteries. The South African state-owned company “took over the environmental approvals, land acquisition and licensing of the national energy regulator,” says Prince Moyo.

According to Eskom, bidders will be evaluated on the basis of the total cost of their proposals. Eskom also seeks 20-year performance guarantees and will impose penalties for non-compliance. For the implementation of this project, Eskom will be able to count on a $1 billion loan from the World Bank.

The project is crucial for South Africa, which has committed to producing part of its electricity from renewable sources. This is done in particular through its Renewable Energy Independent Power Procurement Programme (REIPPP). The objective of this programme is to encourage independent producers of renewable energy (IPPs) to invest in South Africa. Storage is thus an option that will stabilise the grid during the night in order to take over from solar power plants. When the wind speed is lower and above all insufficient to turn the wind turbines correctly, the storage facilities will also be used to support them.