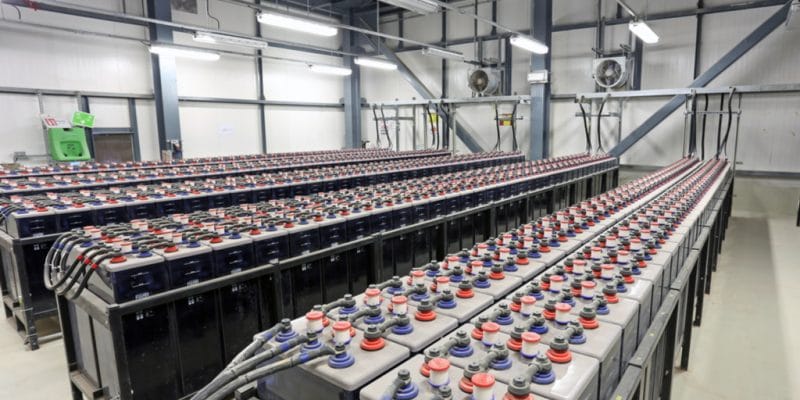 Following British Prime Minister Theresa May's African tour in August 2018, London announced its support for the South African energy storage project with £56 million, or $72 million. The money will be invested into the Clean Technology Fund.

South Africa is committed to producing and consuming clean energy but it is not always easy to ensure the stability of the system when renewable energy production is intermittent by nature. During the dry season, for example, the flow of rivers decreases, resulting in a decrease in the production of dams. In the rainy season, it is rather the production capacity of a solar power plant that will fall. To address this situation, South Africa is keen to invest heavily in battery power storage. Scientists have successfully developed and tested recently, the famous South African salt battery. The World Bank and the African Development Bank (AfDB) estimate that $500 million will be needed to produce these batteries on a large scale.

The UK Government is committed to supporting South Africa in its efforts to promote renewable energy. The Kingdom has therefore decided to lend £56 million, or $76 million, to finance energy storage through the Clean Technology Fund. It is part of the Climate Investment Fund (CIF), of which the United Kingdom is the largest contributor with $1.6 billion invested since 2009.

“Battery storage is the storage of electricity so that it can be used later, which is important to fill gaps when the sky is overcast or there is no wind. These batteries make the alternative to fossil fuels such as coal and gas credible, by securing energy supplies from renewable energy sources,” the UK government explained in a statement. After the announcement of this funding, Labour MPs strongly criticised the action of Prime Minister Theresa May, who they said neglected the solar industry in her own country.

Critics, who did not prevent the British government from supporting renewable energy production in Nigeria. More specifically, the United Kingdom would like to connect local energy developers, financial actors and climate finance experts in London.

The United Kingdom’s financial support is particularly relevant to the off-grid. The country wishes to support young companies that offer solar-powered lighting systems. London will make £16 million (more than $20 million) available for countries such as Nigeria, Ghana, Somalia, Senegal and Ethiopia. Britain will also inject £1.6 million into the Energize Africa platform. The objective here is to provide clean energy to 125,000 people in sub-Saharan Africa.