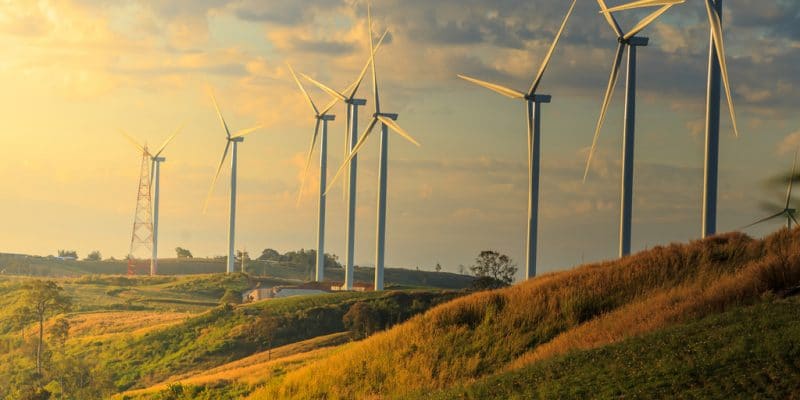 Enel Green Power RSA, the renewable energy subsidiary of Enel, an Italian power generation and distribution group, recently announced the commencement of construction of its Oyster Bay wind farm in the Eastern Cape province. With a capacity of 140 MW, it will be commissioned in the second quarter of 2021.

Construction of the Oyster Bay wind farm has begun. The announcement was made on Monday, May 27 2019, by Enel Green Power RSA, the renewable energy subsidiary of the Italian group Enel. The company operates in South Africa as an independent power producer (IPP).

Located in the town of Kouga, in the Eastern Cape province, the Oyster Bay wind farm will consist of 41 turbines capable of generating 140 MW of electricity daily. The Italian company estimates that it will thus avoid emissions of nearly one million tonnes of CO2.

“With the start of construction of the fourth wind power project in the Eastern Cape Province of South Africa, we continue to contribute to the socio-economic development of the region through our zero-emission energy and initiatives to create shared value. These initiatives include the innovative model implemented at the Oyster Bay site, as well as sustainable development activities focused on science and technology education in the region surrounding the project,” said Antonio Cammisecra, Director of Enel Green Power.

In concrete terms, the Oyster Bay wind farm will be equipped with a software suite to remotely monitor wind turbine productivity. A security system will also be built around this digital control platform. The objective is to quickly detect and respond to any problems that may arise in the park. The wind farm is expected to be commissioned by the second quarter of 2021.

The entire project will require an investment of 180 million euros. The electricity produced will be sold to Eskom, the South African national electricity company. A 20-year power purchase agreement (PPA) already exists between Enel Green Power and Eskom. The company, which employs more than 3600 people, is now in its fourth wind power project in South Africa. It is developing a total of five wind energy projects, including those of Nxuba, Garob, Karusa, Karusa, Soetwater and Oyster Bay, for which work has just begun. All these projects are part of the South African Renewable Energy Supply Programme (REIPPP), a programme set up by the South African government to encourage private companies to invest in renewable energy within the country.