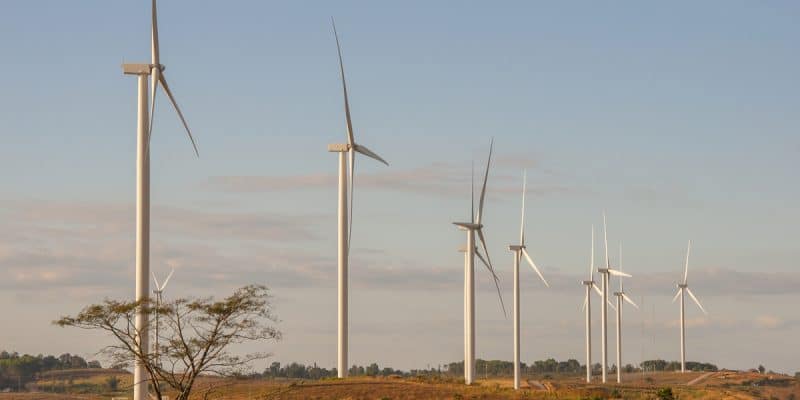 The sum of 1.2 billion euros needed for the construction of five new wind farms in South Africa has been raised. The project leader, who is the Italian group Enel Green Power, assures that these wind farms will be operational in 3 years.

Nedbank and Absa, two South African banks, have granted a loan of 950 million euros, or 80% of the total investment of approximately 1.2 billion euros needed to develop the project led by Enel Green Power (EGP). The remaining 230 million euros will be contributed by Enel using its own funds.

The South African subsidiary of the Enel Group was delighted to receive this financial support. “We have reached an important milestone in South Africa by finalising the financial package of five major wind projects that confirm our continued commitment to the country’s renewable energy sector in a sustainable development context,” said Antonio Cammisecra, Director of Enel green power, on August 1 2018.

The five wind farms are located in Nxuba and Oyster Bay (in the Eastern Cape Province) and Garob, Karusa and Soetwater (in the Northern Cape Province). They each have an electricity production capacity of approximately 140 MW, for a total electricity production of 700 MW. With an estimated 2.6 TWh of clean energy per year, these projects will also reduce carbon emissions by 2.7 million tons per year.

Enel green power plans to start construction work on Nxusa, Oyster Bay and Garob by the first half of 2019. In the future, the total capacity of these 5 wind farms (700 MW) will bring the total installed capacity of EGP in South Africa to over 1.2 GW.

EGP, approximately 42 GW of capacity managed throughout the world

Enel green power, founded in 2008, develops and manages energy production activities from renewable sources in 30 countries on 5 continents, where it employs nearly 7,000 people. Convinced that the widespread production of electricity from the earth’s water, sun, wind and heat contributes to greater energy autonomy for nations, while contributing to the protection of the environment, Enel currently manages a capacity of around 42 GW spread over, more than 1,200 power stations throughout the world. In Africa, the group is present in Senegal, Kenya and Ethiopia where it is building with Ethiopian Orchid Business Group, a 100 MW solar power plant in Metahara (a town located in the Misraq Shewa area of the Oromia region, near Lake Beseka in central Ethiopia). In July 2018 in Zambia, the group began construction of the Ngonye solar power plant (a town south of Lusaka, the capital), with a generating capacity of 34 MW.