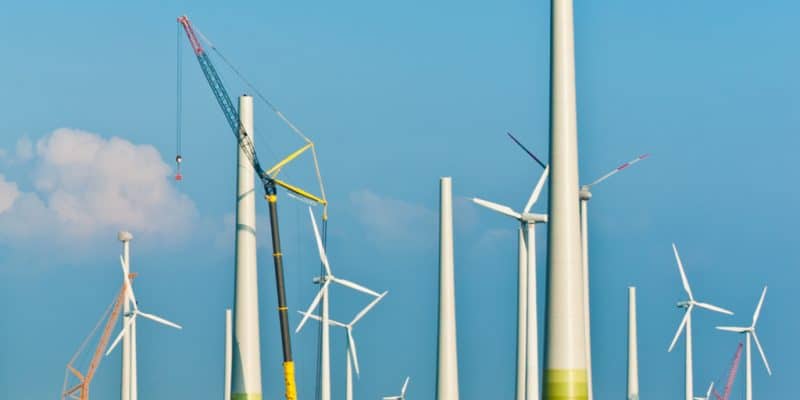 Enel Green Power, the renewable energy subsidiary of the Italian group Enel, has recently started construction of its Garob wind farm in the Northern Cape, South Africa. The 140 MW plant will generate an investment of $200 million.

Garob’s wind project is now on track. Enel Green Power has started construction of a wind farm near the city of Copperton, in the local municipality of Siyathemba, part of the North Cape Province. The subsidiary of the Italian group Enel has signed the engineering, procurement and construction (EPC) contract for the plant with Nordex, a company based in Hamburg in northern Germany.

It will install a total of 46 wind turbines, equipped with AW125/3150 turbines, one of the main features of which is the possibility of being controlled remotely using remote management software. In case of a problem, the company can send a team to the site more quickly to carry out repairs. Nordex will also maintain the Garob wind farm.

Nordex’s 46 turbines will supply 140 MW of electricity. The project is the third wind farm to be built by Enel Green Power in South Africa. “With the start of construction of the Garob wind farm, we have reached a new milestone in South Africa, just a few weeks after the start of construction of the Oyster Bay wind project,” says Antonio Cammisecra, Director of Enel Green Power. He added that “for the future, we will continue to innovate on the projects we have been awarded in South Africa, and to launch initiatives with shared values for local communities, while seeking new opportunities for sustainable growth in the country’s renewable energy industry”.

The Garob wind project is being developed as part of the South African Renewable Energy Supply Programme (REIPPP), launched by the South African government, which aims to encourage independent power producers (IPPs) to invest in South Africa. Garob will require an investment of $200 million. Financing is provided by Enel through loans from Nedbank and ABSA, two banks that are heavily involved in financing renewable energy projects in South Africa.

These two partners are also involved in the financing of Enel Green Power’s two other wind projects, which have been launched since the beginning of 2019. These are Oyster Bay and Nxuba, in the Eastern Cape Province (280 MW). Under REIPPP, the Italian company will provide a total of 700 MW of wind power.