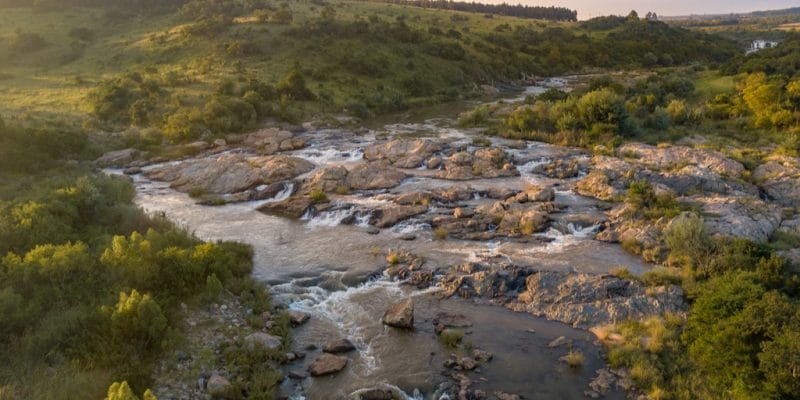 The South African government has just announced the classification of Elandsberg in KwaZulu-Natal as a "protected environment". The main reason for designating the 25,000-hectare area is to preserve its water resources, which are used for irrigation.

The protected environment area in KwaZulu-Natal is located between the towns of Paulpietersburg and Utrecht, in the districts of Amajuba and Zululand. The Elandsberg Nature Area covers an area of 25 000 hectares. Through this designation, the South African government aims to enhance the preservation of the primary catchments of Thukela and Phongolo, two of the important river systems in Elandsberg.

Many irrigation systems, as well as urban centres and rural users, depend on the water resources of this ‘protected environment’. However, the area is affected by the drought that is drying up much of South Africa. This phenomenon, linked to climate change, has caused water stress in the rainbow nation in recent years. In addition to water conservation, the South African government will fund sustainable rangeland management practices (proper stocking of livestock and appropriate fire management) in the Elandsberg protected area.

Preservation of local flora and fauna

The Elandsberg Nature Area establishes corridors between neighbouring protected areas, namely the Pongola Bush Nature Reserve in KwaZulu-Natal Province, as well as the Kwa-Mandlangampisi Protected Environment in Mpumalanga Province. The designation of Elandsberg as a protected environment will therefore help to secure the land necessary to achieve conservation objectives in KwaZulu-Natal by protecting vulnerable and endangered vegetation and listed wildlife, including three species of cranes and the largest breeding colony of the Southern Bald Ibis.

KwaZulu-Natal province, which covers an area of 94,361 km2, also has rolling landscapes (grasslands, forests, wetlands and riparian areas) that offer protection against climate change by reducing the risk of flooding (…), as well as numerous beaches and cultural and historical sites that offer tourism potential.