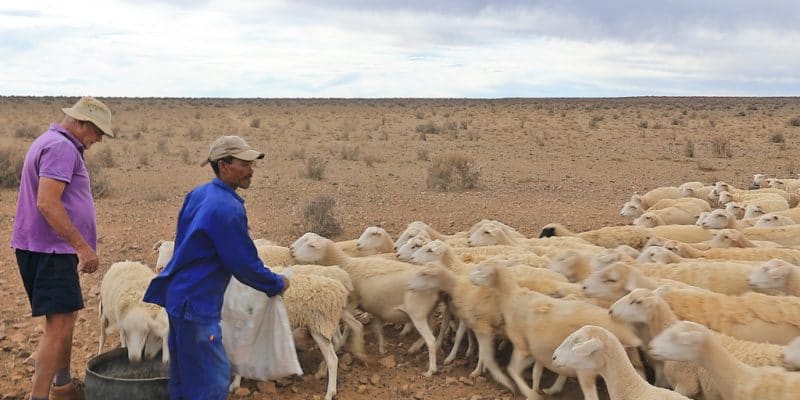 The Western Cape Province is benefiting from a South African government contingency plan to deal with drought. It consists of a 25 million rand ($1.42 million) package to support agriculture in the Central Karoo and Garden Route districts.

The Western Cape Province in south-western South Africa has been affected by drought for several years. The main cause is the increasing scarcity of rainfall, which provides water for people and animals. According to the South African Meteorological Services, during the months of September, October and November 2019 (Southern Spring), the region received 30 per cent less rainfall than normal and spring temperatures were abnormally high.

The capacity of the eight dams and reservoirs was reduced by 10%. In the face of these alarming statistics, the South African government urgently released 25 million rand ($1.42 million) on 20 March 2020. These funds will be used to set up some agricultural projects in Central Karoo and Garden Route, two districts of the Western Cape Province. “I welcome the news because climate change predictions have shown that the Western Cape will become drier with an even more erratic rainfall pattern. With these funds, we will intensify the management of natural resources such as land, water, soil, plants and animals. This will certainly help mitigate the drought,” said Ivan Meyer, Minister of Agriculture for the Western Cape Province.

Several projects will be implemented in the Western Cape Province. Fodder will be grown in areas that are extremely critical for livestock. A livestock watering system will also be established. In addition, the local government will be responsible for ensuring that people practise conservation agriculture. It is a farming system that can prevent the loss of arable land while regenerating degraded land. “Sustainable resource management will improve the economic viability of the agricultural sector in the Western Cape,” says Ivan Meyer.

Similar projects have already been carried out in the Western Cape.

On October 22, 2019, the South African Department of Finance and Economic Opportunity released 50 million rand ($2.83 million) to assist drought-affected farms in the Western Cape province. The request was made by the Western Cape’s Minister of Agriculture, Ivan Meyer. The funds provided forage support to farmers in the Central Karoo District, Matzikamma and Little Karoo regions.