Homepage » SOUTH AFRICA: Can Pretoria speed up the move away from coal? 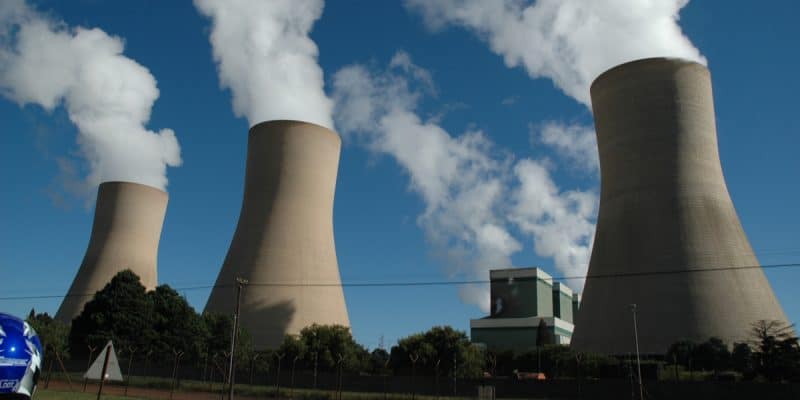 The 26th United Nations Climate Change Conference (COP26) ended on November 13th, 2021, with the adoption of the "Glasgow Accord". Point 36 of this text asks to accelerate the renunciation of coal-fired power plants. A request that is difficult to accept for South Africa, whose 85.5% of electricity production comes from coal. As the largest polluter in Africa and twelfth in the world, the country is demanding substantial financial support from developed countries in order to reduce its dependence on coal.

The “Glasgow Compact” adopted at the end of the 26th United Nations Climate Change Conference (COP26), which ended on November 13th, 2021 in Glasgow, Scotland, is a considerable step forward. It is the first time that an international agreement recognizes the direct influence of coal and other fossil fuels on the increase of greenhouse gas emissions. Until now, the words coal, oil, gas and fossil fuels were absent from the texts that preceded the Glasgow Pact. Point 36 of the agreement explicitly mentions coal and fossil fuels and calls for an accelerated phase-out of coal-fired power plants and inefficient fossil fuel subsidies.

The case of Mpumalanga in northeast South Africa

In Africa, the request made by point 36 of the Glasgow Compact is mainly addressed to the authorities in Pretoria. South Africa, where coal represents 85.5% of the energy mix according to official figures, is indeed far from the mark. In 2019, the public electricity company Eskom was ranked as the most polluting energy producer in the world by the Centre for Energy and Clean Air Research (CREA).

The city of Mpumalanga, in the northeast of the country, is the epicenter of this pollution, home to 12 of the country’s 16 coal-fired power plants. According to the Centre for Environmental Rights, this pollution has caused more than 9,000 cases of bronchitis in children and the premature death of 2,200 South Africans in 2017.

South African President Cyril Ramaphosa recently announced that he would gradually disconnect the 16 coal-fired power plants, if he gets substantial international support. Heavily indebted national power utility Eskom needs $10 billion to finance its transition to renewable energy. But on November 2nd, 2021, at COP26 in Glasgow, Western countries, including Germany, announced $8.5 billion in funding, in the form of low-interest loans and grants, to help South Africa develop renewable energy and ensure the conversion of the Mpumalanga region.

South Africa’s Minister of Mines and Energy Gwede Mantashe said in October 2021 that the rainbow nation wants to reduce the share of coal in its electricity mix to less than 60% by 2030, while increasing the share of renewables. However, he said, the transition should not be abrupt, at the risk of experiencing an energy crisis like the one China is currently experiencing.