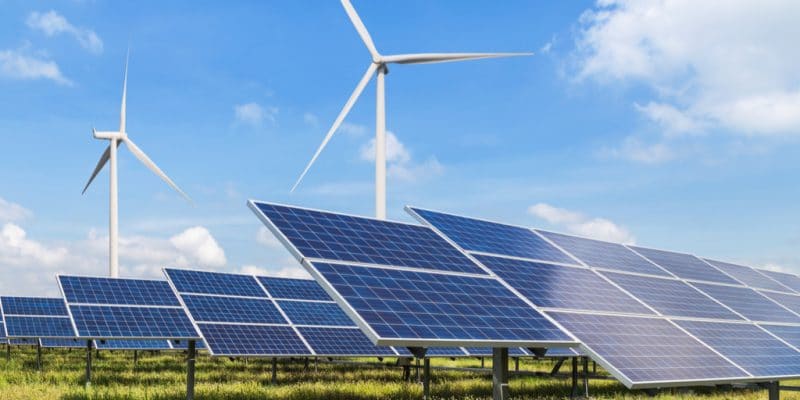 The New Development Bank (NDB), the financial institution serving the BRICS, has signed successive agreements with Development Bank of Southern Africa (DBSA) and Eskom, the South African national electricity transmission and distribution company. The first agreement ($300 million) concerns the development of renewable energies, the one for Eskom ($180 million) will make it possible to build interconnection lines.

South Africa, which is trying to green its energy mix, and whose national electrician, Eskom, is suffocating under a huge debt, has just recorded some good news. At the 4th Annual Meeting of the New Development Bank (NDB), held on Monday, April 1, 2019 in Cape Town, Kundapur Vaman Kamath, the President of the financial institution announced a $2.3 billion investment plan for South Africa in 2019, in several sectors.

The announcement was immediately followed by facts, including the signing of several contracts in the energy sector. The choice made in this sector is not insignificant. Faced with a glaring energy deficit, investing in electricity has become a national emergency for South Africa, at a time when the national electrician, Eskom, is in debt. According to Goldman Sachs Bank, power cuts have decreased 0.3% of the rainbow nation’s gross domestic product (GDP) in the first quarter of 2019.

An agreement with DBSA

NDB belongs to the BRICS, a group of five emerging countries, including Brazil, Russia, India, China and South Africa. The financial institution has signed a $300 million loan agreement with the Development Bank of Southern Africa (DBSA). These funds are intended to support the production of renewable energy and the reduction of greenhouse gas emissions.

NDB says this is only the first part of a loan to support the production of solar, wind and biomass energy. This funding will certainly be used to finance projects carried out by private electricity producers (PPIs), currently leading the way in South Africa’s energy sector, encouraged by the Government’s Renewable Energy Supply Programme for Independent Producers ( REIPPP), set up to attract private sector investment.

It may be very early to talk about REIPPP’s success, but this programme attracts many IPPs who are currently developing renewable energy projects in South Africa. The first power generation infrastructures are already in operation, like the concentrated solar park of the French company Engie, inaugurated in February 2019. The 100 MW it produces is sold to Eskom.

The South African public company has also received funding from the NDB. The bank and Eskom are now bound by a $180 million loan agreement. The funds will be used to build connection infrastructure for renewable energy transmission. “The conclusion of this inaugural transaction with NDB will significantly contribute to the achievement of Eskom’s objectives to reduce CO2 emissions in South Africa. Eskom welcomes the NDB support and the prospect of fostering a valuable partnership with this organisation whose mission is to improve infrastructure for sustainable development for the member countries of the BRICS,” said Calib Cassim, Eskom’s CFO. This investment is also seen as a lifeline for Eskom, which is facing significant financial difficulties.