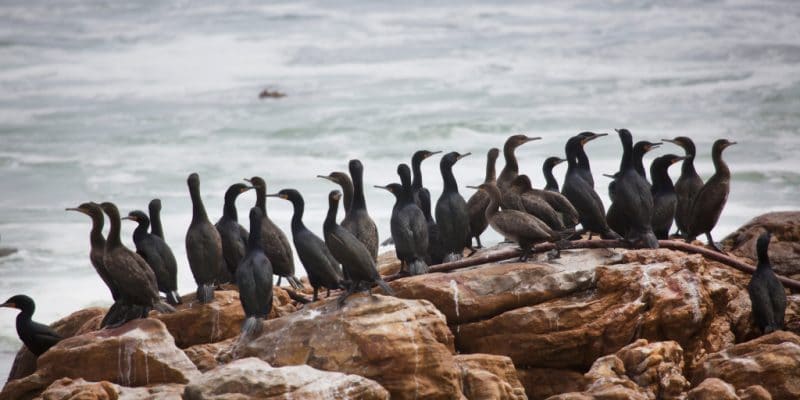 In South Africa, the population of Cape Cormorants is falling rapidly due to an outbreak of avian flu affecting other seabirds. According to sources, the epidemic has already killed 12,000 Cape Cormorants, a species of palmiped already classified as endangered.

While all eyes are on Glasgow, Scotland, where COP 26 is currently taking place, animal rights activists are battling an outbreak of avian flu that is killing seabirds in South Africa. The Cape cormorant is the species most affected by the disease with more than 12,000 deaths recorded according to Katta Ludynia, a researcher with the Southern African Foundation for the Conservation of Coastal Birds (SANCCOB).

According to the Minister of Local Government, Environmental Affairs and Development Planning of the Western Cape Province, Anton Bredell, bird flu is particularly affecting the Dyer Island breeding colony. This is an Important Bird Area (IBA), home to approximately 48 species of birds and a breeding ground for 21 of them. These include globally threatened seabirds such as the African penguin and the Cape cormorant, of which there are more than 35,000 on the island.

A situation under control?

The risk for the local bird fauna is high with the new avian flu epidemic. Faced with this situation, Katta Ludynia advocates the euthanasia of animals showing symptoms of avian flu, as well as the removal of carcasses to limit the spread of the disease. At least 500 Cape cormorants die every day according to SANCCOB.

But for Anton Bredell, the situation is under control with the number of deaths decreasing. Local authorities say 400 seabirds are dying every day from bird flu. “This number has decreased from about 700 at the beginning of the epidemic. It’s still not great, but we’re grateful for any improvement,” says Bredell.

The bird flu outbreak comes at a time when the Cape cormorant is already listed as endangered by the International Union for Conservation of Nature (IUCN). Their numbers are estimated at 234,000, nesting along the coast from South Africa to Angola to Namibia. Last June, Sanccob had to intervene urgently to save 1,800 cormorant chicks, abandoned by their parents for lack of food. This situation is caused by overfishing which deprives these palmiped of sardines, their main food.