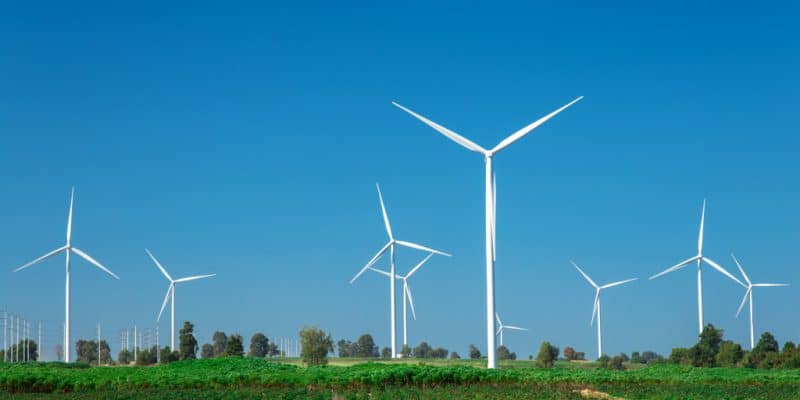 The British mining company Anglo American has signed an agreement with EDF Renewables. The subsidiary of the Electricité de France (EDF) group will work with the mining giant to provide its facilities with 3 to 5 GW of renewable energy in South Africa over the next 10 years. This initiative is part of Anglo American's strategy to be carbon neutral by 2040.

The energy transition is underway in South Africa. And this operation also concerns companies, such as Anglo American. The British mining giant has signed a partnership with EDF Renouvelables, a subsidiary of the Electricité de France (EDF) group. The aim is to supply its mining operations with electricity produced from renewable sources.

The two partners want to produce between 3,000 and 5,000 MW of clean electricity to meet Anglo American’s needs in South Africa. This installed capacity should be developed over the next 10 years. This goal is contained in a program called the Regional Renewable Energy Ecosystem (RREE). The overall aim of this initiative is to meet Anglo American’s operational electricity needs in South Africa through the provision of 100% renewable electricity by 2030.

The mining company “anticipates that a number of partners will provide equity financing for the RREE, in addition to the fact that the RREE attracts debt financing that is typical for high quality energy infrastructure projects,” Anglo American adds. The Mark Cutifani-led company is making its renewable power program part of its commitment to sustainability.

Nearly five months ago, the group, which employs more than 90,000 people worldwide, announced a plan to become carbon neutral by 2040. The company says it will power all of its South American operations with electricity generated 100% from renewable energy. “Our partnership with EDF Renewables to address our Scope 2 footprint in South Africa complements our Scope 1 emissions reduction through our FutureSmart Mining™ program with low and zero emission technologies, including our hydrogen transport truck system, and the development of Hydrogen Valley in South Africa,” says Mark Cutifani.

Anglo American operates several minerals in the rainbow nation, including coal, although the group has announced that it will spin off its coal operations to the new shareholder-owned holding company, Thungela Resources. Pending validation of this operation by its investors, the company operates seven coal mines (Goedehoop, Greenside, Kleinkopje, Landau, New Denmark, Isibonelo and New Vaal, editor’s note), which earn an average of $3.8 billion a year, according to the specialized news site Africa Mining IQ.