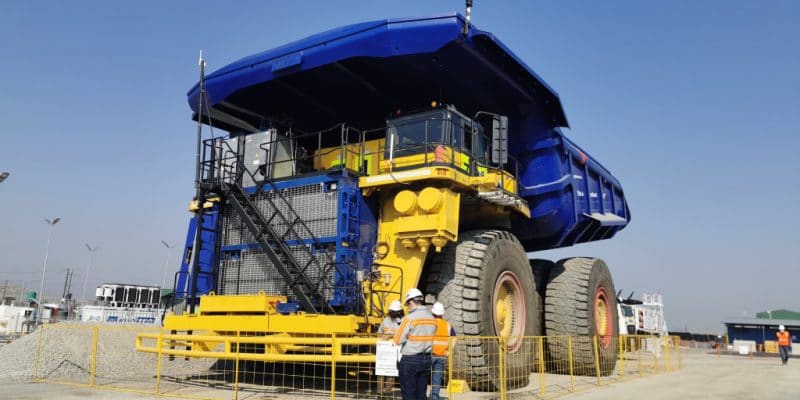 Mining operator Anglo American is launching Africa's first ever hydrogen-powered mining truck. The truck, which is also equipped with electric batteries, has been designed as part of Anglo American's policy to be carbon neutral by 2040.

Africa’s first ever hydrogen mining truck was unveiled at the Mogalakwena platinum mine. The prototype is a hybrid truck equipped with a 1.2 MWh battery pack, as well as fuel cells that provide up to 800 kW of power, combining to provide a total of 2 MW of power. The model is the culmination of the nuGen™ project developed by mining company Anglo American to deliver a fully integrated green hydrogen system, consisting of production, refuelling and transport equipment.

Light on emissions.
Light on the environment.
And fuelled by the lightest element on earth – hydrogen gas.

Our nuGen™ hydrogen truck is on the move.

The successful nuGen™ project is part of FutureSmart Mining™, Anglo American’s approach to innovation in sustainable mining. This groundbreaking project has been achieved with the support of several companies, including Engie, First Mode, Ballard and NPROXX. According to Anglo American, its new zero-emission truck generates more power than its conventional mining trucks and is capable of carrying a payload of 290 tonnes.

“nuGen™ is a tangible demonstration of our FutureSmart Mining™ programme that is changing the future of our industry. Emissions from our haulage (diesel) truck fleet account for about 10-15% of our total Scope 1 emissions,” says Duncan Wanblad, Anglo American’s managing director.

The hydrogen burned by the truck is produced at the Mogalakwena mine site. Anglo American has contracted the construction of the hydrogen production system to French giant Engie, which is working in partnership with Release by Scatec, the subsidiary of Norwegian independent power producer (IPP) Scatec. The two companies have signed an agreement that stipulates that Release by Scatec will supply 616 kWp of solar photovoltaic energy to Engie over a period of two years.

Engie will be responsible for transforming this clean electricity into green hydrogen. These investments are part of Anglo American’s overall goal of achieving carbon neutrality in all its operations by 2040. The London (UK) based mining company is committed to clean energy.

Anglo American recently signed an agreement with EDF Renouvelables, a subsidiary of the French electricity giant EDF, to provide between 3 and 5 GW of clean energy to power its mining facilities in South Africa. The Mogalakwena platinum mine, which will host the new green hydrogen truck, will also be equipped with a 100 MWp solar photovoltaic plant. EDF will carry out this project in partnership with Pele Green Energy, an IPP based in Johannesburg, South Africa.