SOUTH AFRICA: An irrigation system that reduces water consumption by 70% 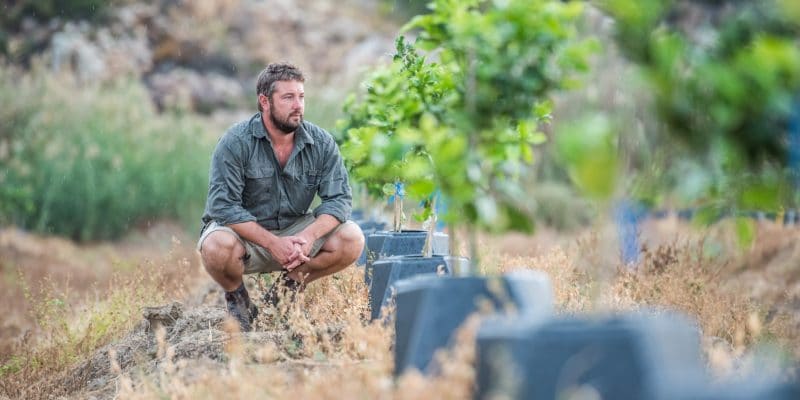 It is an innovation that will reconcile the lack of water in South Africa and agricultural productivity. Tree Hog, the irrigation system invented by Louis Loubser, a farmer himself, can save up to 70% water.

The idea came from Louis Loubser, a South African farmer in Robertson, a town renowned for its vineyards and rose fields in the Western Cape Province of South Africa. Tree Hog‘s invention arose from a difficulty that of the farmer who witnessed the fall of his farm because of water restrictions. After several years of research and testing, he succeeded in finding a solution.

His invention consists of an injection moulded plastic housing with a micro-sprinkler. After installing this device at the base of the plant, a large area around it is affected by water. Thus, the plant has the opportunity to develop a very strong root system and Louis Loubser thinks that with this system, the plant grows much faster.

A system that reduces the plantation’s water consumption

“Tree Hog transforms long hours of irrigation… into about 20 minutes,” Loubser said in a Farmer’s Weekly agriculture magazine report. And to recognise that “it’s not difficult to do, but you have to commit yourself”. This irrigation system is therefore very easy to set up. It is an association between microirrigation and drip irrigation. The water that enters the bottom of the plant does not evaporate as quickly as it does in an ordinary drip irrigation system; this way, the plant will not have to consume a very large quantity of water.

The Tree Hog is a system that can allow agriculture to be practised in the driest areas of the African continent. Since its release, the world of agriculture has been interested in this invention. Since then, 40,000 units of this irrigation system have been sold in South Africa and elsewhere. Louis Loubser also received support from Primafruit, the British fruit distribution giant.

It must be said that Louis Loubser is not at his first invention to facilitate the practice of agriculture. It has developed a device equipped with mobile excavators that can dig up to 1,360 planting holes per hour, and also a pole-mounted planter that allows farmers to do the work in less than a quarter of normal time.