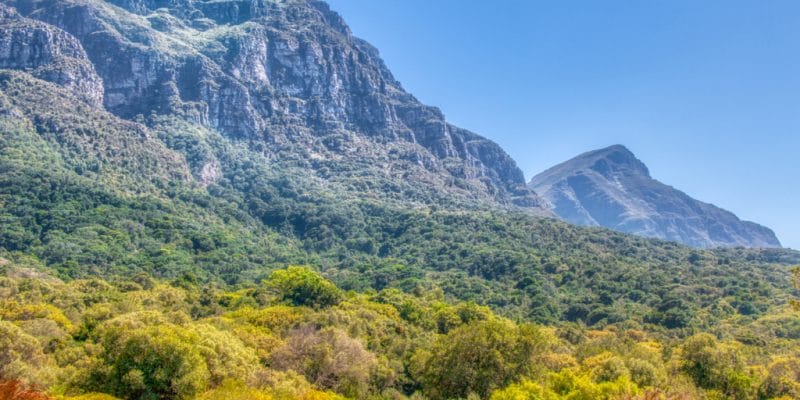 The French Development Agency (AFD) is approving 1.2 million euros of financing for the preservation of biodiversity in the Table Mountain National Park (TMNP) in the Western Cape Province of South Africa. The park managed by SANParks (South African National Parks) has a fragile ecosystem, partly due to invasive species, as well as the growth of tourism activities.

The funding from the French Development Agency (AFD) is being provided under a partnership agreement with South African National Parks (SANParks), the national park management authority of the rainbow nation. The €1.2 million grant is intended for the preservation of biodiversity in the Table Mountain National Park (TMNP). The natural area is located in the Western Cape Province.

AFD’s support will enable SANParks to implement strategies to reduce or eliminate all invasive alien woody and seed-bearing plant species in the TMNP. Species such as Port Jackson, Rooikrans, Wattle, Hakea, Pine and Blue Gum are particularly invasive. “The negative impact of these species is visible on the hydrology of an area; as they consume valuable water reserves that destabilise river banks. In addition, they displace native species by occupying spaces where the latter could thrive, destroying the balance of habitats as well as the native fauna. In some cases, their seeds remain dormant for 70 to 100 years,” explains SANParks.

The invasive species found in Table Mountain National Park are also highly flammable and accelerate the spread of fires. In addition, the exponential growth of tourism activities is also causing environmental damage with risks such as erosion, pollution, loss of natural habitats and forest fires. According to SANParks, TMNP is the most visited park in its network with 5 million tourists per year.

The preservation of TMNP’s biodiversity is part of a cooperation agreement signed on February 28th, 2019 in Pretoria, between SANParks and the Reunion National Park (in overseas France), which also received financial support (650 000 euros) from AFD. The natural area faces the same realities as the TMNP, which covers 25 000 hectares of natural areas extending to the tip of the Cape of Good Hope.

Other projects to protect TMNP

Other initiatives to eliminate exotic plants are underway in the TMNP, including the project developed in Tokai. The project aims to turn exotic tree species (e.g. gum trees) into boards that can be used by SANParks for the repair and construction of new boardwalks, bird shelters, etc. According to SANParks, the aim is to promote a “reduce, reuse, recycle” culture, limiting the risk of fire on the mountain slopes.

This project is part of the Working for Water (WFW) alien species elimination programme, implemented by the South African Department of Water Affairs and Forestry (DWAF).