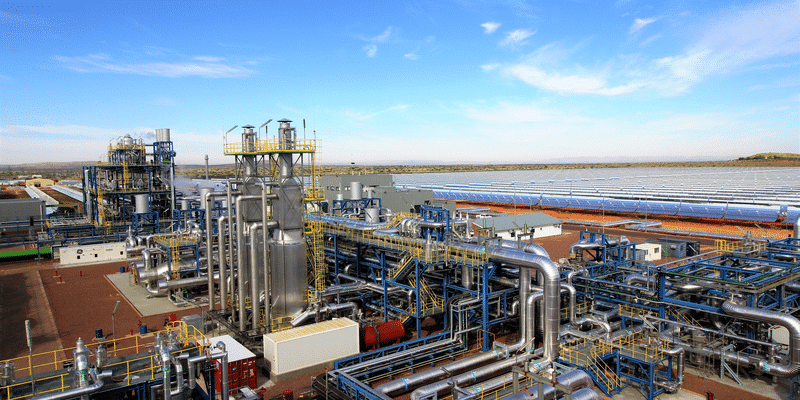 Acwa Power Solafrica Bokpoort, the company set up ad hoc for the construction and operation of the Bokpoort Concentrating Solar Power Plant (CSP), has just refinanced this installation to the tune of 5 billion South African rand (over $334 million). The transaction was carried out with several financial partners led by the Anglo-South African bank Investec.

Bokpoort’s Concentrating Solar Power Plant (CSP) is still in the news. This plant located in the South African province of the Northern Cape has just been refinanced in a transaction led by its owner, Acwa Power Solafrica Bokpoort. CSP was refinanced to the tune of 5 billion South African rand (over US$334 million) by several development partners led by Investec Bank, an Anglo-South African financial institution based in Sandown. Other lenders to the project include Absa, RMB, Omsfin, Sanlam and Futuregrowth.

According to the Independent Power Producer (IPP) Acwa Power, the main shareholder of Acwa Power Solafrica Bokpoort, the debt renegotiation of Bokpoort’s CSP is the largest infrastructure refinancing initiative implemented in South Africa to date. “It is particularly important in the context of the South African government’s commitment to affordable, reliable and sustainable electricity through solar power and other IPP projects,” says the Saudi company.

“It has a thermal energy storage capacity of 1,300 MWh of molten salt, making it one of the largest storage facilities of any CSP plant in South Africa,” says Acwa Power. This electricity storage capacity is equivalent to about 9.3 hours of production at full load. The consortium was awarded the concession under the Renewable Energy Independent Power Producer Procurement Programme (REIPPP), an initiative of the South African government to attract investment from independent clean power producers in Nelson Mandela’s country.

According to Acwa Power, the solar power plant, which went into commercial operation in March 2016, recently had “an all-time record maximum daily output of 1,077 MWh”, recorded on November 30th, 2020 with a daily load factor of 89.8%. This production is sold to the South African state-owned company Eskom under a 20-year power purchase agreement (PPA).