Homepage » SOUTH AFRICA: Abengoa to build a solar system (3.5 MWp) at the Vametco mine

SOUTH AFRICA: Abengoa to build a solar system (3.5 MWp) at the Vametco mine 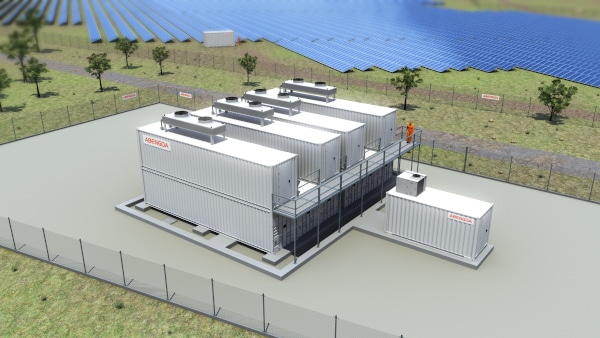 The Spanish company Abengoa has just won the contract to build a 3.5 MWp photovoltaic solar system at the Vametco Alloys mine, owned by Bushveld Minerals. The solar power plant will have a storage system using vanadium batteries supplied by Enerox Holdings.

After seawater desalination, Abengoa is strengthening its position in the energy sector in Africa. The company based in Seville, Spain, has just won the contract to build a solar power plant with battery storage capacity at the Vametco Alloys vanadium mine. The site is operated by the South African mining company Bushveld Minerals in the North West Province.

As part of its new contract, Abengoa will build a 3.5 MWp solar photovoltaic system. The plant will be connected to a 1 MW/4 MWh Vanadium Redox Flow Battery Storage System (VRFB BESS) supplied by Enerox Holdings, a subsidiary of Bushveld.

According to Abengoa, the photovoltaic solar power plant and the electricity storage system will reduce emissions of 114,000 tonnes of CO2 into the atmosphere over 20 years, thereby helping to decarbonise the region. The plant will be able to operate independently or jointly, either as a stand-alone system or as a fully functional micro-grid thanks to Abengoa’s exclusive energy management system (Abengoa Energy Management System, AEMS).

“This project is part of Bushveld’s strategy to develop and promote the role of vanadium in the growing global market for energy storage through VRFB BESS, following a general trend towards long-term storage, as well as to improve the stability of electricity supply on the African continent,” says the company, which employs more than 13,500 people worldwide.

Through this clean energy project, the mining operator Bushveld Minerals joins the long list of companies operating in South Africa that have decided to become more independent from the network of the state-owned company Eskom. Like him, Ford Motor Company of Southern Africa (FMCSA), the subsidiary of the American car manufacturer Ford, has the same ambitions with the aim of equipping its assembly plant at Silverton in Pretoria with a solar carport capable of producing 13.5 MWp. The long-term objective is to disconnect the factory from the South African national electricity network.