Homepage » SOMALIA: when drought threatens the food security of one in four people 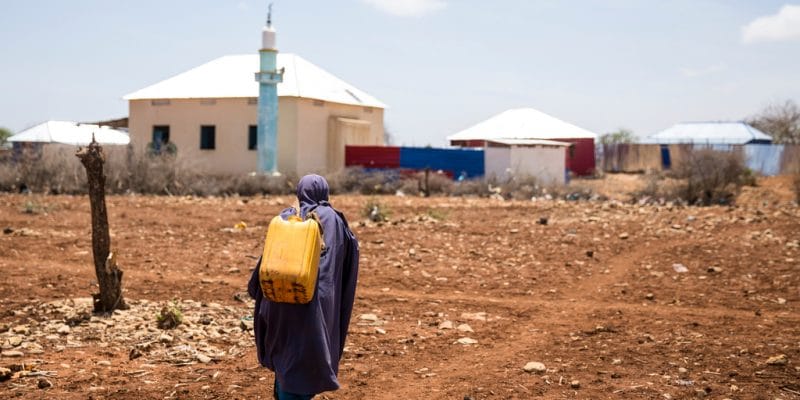 Nearly one in four people in Somalia is at risk of severe hunger, according to the United Nations (UN). The institution has announced the release of 17 million dollars for immediate efforts to combat the drought in this East African country. A disaster that is destroying livelihoods and pushing families to the brink of food insecurity.

After three seasons of low rainfall and a fourth on the horizon, Somalia, on the front line of climate change, is the most severely drought-stricken country in the Horn of Africa, with one in four people affected by famine. Faced with this situation, the United Nations (UN) fears a serious food crisis in this East African country.

To meet the immediate needs of communities affected by the drought, the UN has released $17 million from the Central Emergency Response Fund (CERF, created in 2006, editor’s note), which brings to $52 million CERF funding for Somalia in 2021.

Observers, while attributing the frequency and intensity of the drought to climate change, estimate that agricultural production will be weakened by 60% during the month of January 2022 in this country where the phenomenon destroys pastures and crops. As the situation evolves, the shortage of water and food raises fears of conflict between communities over resources.

According to the United Nations, Somalia needs $1.5 billion to respond effectively to the situation at a time when half the population, or about 7 million Somalis, live below the poverty line. By 2020, this proportion of the population was 20%. But in the meantime, the loss of livestock and the decline in harvests have made the situation worse.

In response to this potential disaster, the Somali government has declared a state of humanitarian emergency. At the same time, the country has reached a record of 3 million displaced people in 66 of the 74 districts, including 800,000 in 2021 alone.