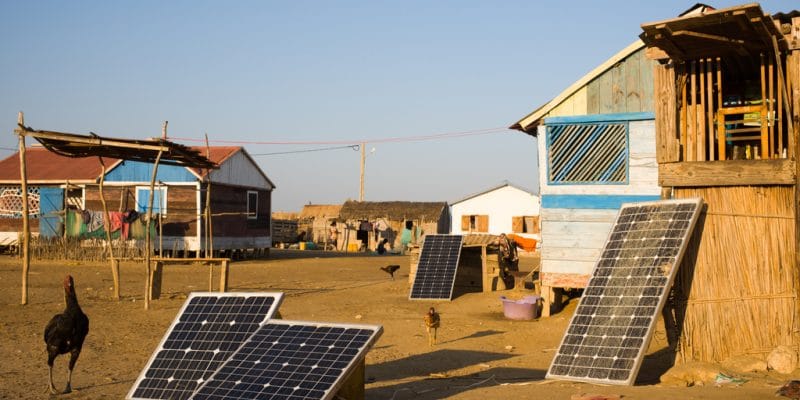 Bboxx, a young British company specialising in the supply of solar mini-grid, aims to distribute its equipment in East and Central Africa. This deployment will now be accelerated thanks to the facility recently granted by Africa Infrastructure Investment Managers for a total of 31 million dollars.

Africa Infrastructure Investment Managers (AIIM), a private equity fund manager dedicated to infrastructure development in Africa, recently announced that it would inject $31 million into Bboxx’s operations, a small British company, specialising in the supply of mini solar grids. Its activity focuses on remote areas where there is no electricity distribution network in several African countries.

The money invested by AIIM will enable Bboxx to expand in various countries in East and Central Africa. These are Kenya, Rwanda, and the Democratic Republic of Congo (DRC). According to AIIM, this equity investment will make it possible to install two million small solar systems by 2022, in order to produce electricity accessible to 10 million people in these African countries.

Bboxx in full expansion in Africa

“AIIM’s investment will boost our operations in Rwanda, Kenya and the Democratic Republic of Congo. This will allow us to adapt quickly and continue to establish ourselves in what has always been a vertically integrated market. We look forward to working together to stimulate economic growth and transform the lives of underserved communities by creating a platform that will give them access to affordable public services and value-added services,” said Mansoor Hamayun, President and CEO and co-founder of Bboxx.

The small system it offers to the population consists of a solar panel, connected to a battery for energy conservation, LED bulbs, charging stations for mobile phones… To facilitate the acquisition of these mini-grids, Bboxx offers the “pay-as-you-go” (pay-per-use) which allows people to pay in small instalments via “mobile banking” over a fixed period.

The solar market in Africa has grown considerably in recent months. It is supported by the off-grid, which makes it possible to ensure a universal supply of electricity in several villages. Bboxx has understood this and positioned itself in several regions of the continent. In Togo, the SME has joined forces with the French electricity company (EDF) to provide electricity to several villages. The British company is interested in other emerging markets such as Nigeria, where the authorities are also promoting off-grid solar energy.