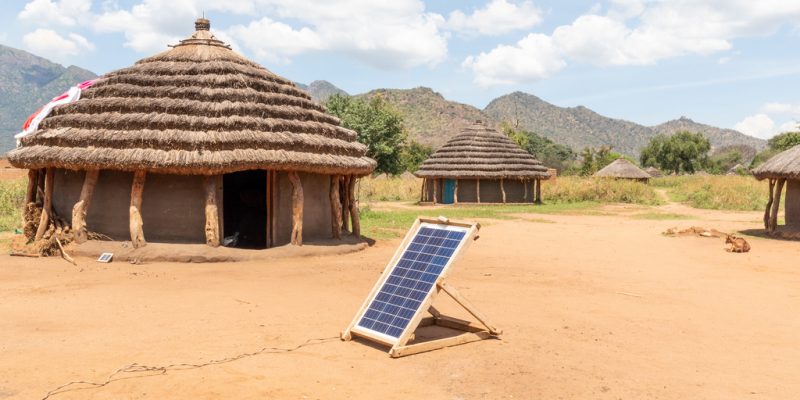 Easy Solar, a young company specialising in the supply of home solar kits, has won a prestigious award for social innovation. The award is given by the Schwab Foundation.

It is a prize that will promote Easy Solar. The start-up, which supplies solar kits at home, has just won the Schwab Foundation’s Outstanding Social Entrepreneur of the Year Award. It is based on a prize launched in 1998, supported by the World Economic Forum (WEF),that rewards entrepreneurial practices that can make a positive difference in people’s lives.

Such is the case with the start-up Easy Solar, which provides access to electricity for thousands of people in Sierra Leone. In practice, it distributes off-grid solar systems in rural areas where access to electricity is often more complicated due to the absence of electricity grid installations. Its home solar kits are made up of panels that capture the sun’s rays before storing part of them using batteries. At nightfall, these batteries take over and allow LED bulbs to shine. This system also makes it possible to recharge mobile phones or listen to radio in remote areas.

The distribution of solar home kits is not easy with rural populations, which are often very often poor. To face this situation, Easy Solar is focusing on pay-as-you-go, i.e. pay-per-use. Thus, a household can acquire a solar kit by paying for it in small amounts. An effective solution that allowed the start-up to provide access to electricity to 40,000 people in Sierra Leone (2018).

To install its solar kits, the Freetown-based company relies on its 35 employees and 40 agents. A model that interested the Schwab Foundation. But it was above all the figure of Nthabiseng Mosia that motivated the members of the foundation. She co-founded the start-up Easy Solar with Alex Tourre and Eric Silverman. This young woman, from Ghana and South Africa, is not the first to be awarded this prize. She has already been ranked among the 30 most promising young entrepreneurs of Quartz Africa’s Innovators and Forbes in 2018. She is also one of 30 young African entrepreneurs under the age of 30 selected by Forbes in 2019 in the Technology category.

The awards will boost the image of the young company that plans to expand its services in West Africa, to help thousands of people living without electricity in rural areas from Liberia to Nigeria, Niger, Benin, Togo and Mali.

EGYPT: Infinity and Masdar team up for renewable energy in Africa

AFRICA: Famous comedian Mamane is the new climate ambassador for the Sahel