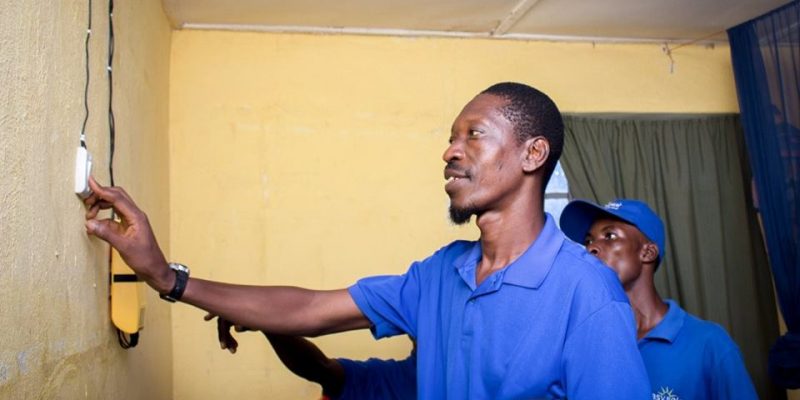 Co-founded by Nthabiseng Mosia, Easy Solar is a South African company based in Sierra Leone whose mission is to promote clean and affordable energy for communities in West Africa.

Illuminating West Africa, a dream come true for 28-year-old Nthabiseng Mosia from South Africa. Thanks to Easy Solar, the company she co-founded, she sells solar-powered appliances. She achieves this by means of a rental system with a purchase option, a kind of leasing. This works thanks to the “Pay as you go” technology which allows the user to pay only for what he consumes. In concrete terms, the customer chooses a product (solar lantern and other systems for domestic use), buys in cash or mobile money at lower prices. The customer has the option to pay the money in weekly or monthly instalments, which makes the bill less onerous to start with. For the Nthabiseng Mosia team, “the progressive payment solution allows customers who did not have the means to obtain the necessary energy, to acquire more powerful electronic devices, while saving on their current energy expenses”.

The company operates in Sierra Leone, where 87 percent of the country’s 7 million people are without electricity. In the same country, 1% of the population has access to energy in rural areas. Since its establishment in 2016, Easy solar has been able to illuminate 40,000 people. With 35 employees and 40 agents, the company already has 8 sales outlets in the country’s 16 districts. “We have a network of agents, based in the communities, who manage both the sale and the follow-up of payments,” says Alexandre Tourré, another co-founder of Easy Solar.

To finance its projects, Easy Solar raises funds through investors such as Acumen, Gaia Impact Fund, Cordaid, MasterCard and the SIMA Fund. A strategy that has already raised $2 million. For the team, the renewable energy sector will become one of Africa’s leading employers and, through its established networks, hopes to be one of the pioneers in West Africa. These efforts earned him second place in Forbes’ 2018 ranking of the 30 most promising young African entrepreneurs.