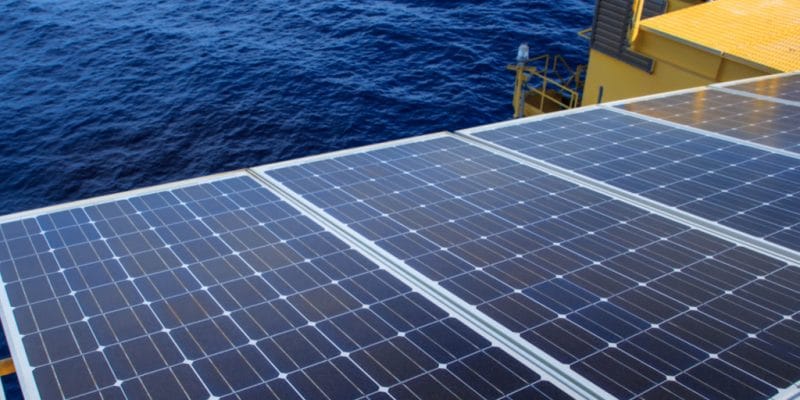 Sustainable Power Solutions (SPS), a South African-based company, has recently inaugurated with great fanfare, the very first off-grid solar power plant on Alphonse Island in the Seychelles. The ceremony was held in the presence of President Danny Faure.

Seychelles, a group of islands located off the Indian Ocean is where the country’s largest off-grid solar power plant has just been inaugurated. The ceremony took place in the presence of President Danny Faure. The facility is located on Alphonse Island, which has 300 inhabitants. The solar park was built by Sustainable Power Solutions (SPS), based in South Africa. “This is a very interesting project that other islands can emulate,” said Wallace Cosgrow, Minister of the Environment, Energy and Climate Change.

SPS took two months to build the solar power plant, which has a production capacity of 750 kWp. The installation also has batteries with a total capacity of 1,500 kWh. These are Li-Ion batteries that are manufactured by Tesla. The American company has opened a single office in Africa, in the rainbow nation. The project was initiated by Islands Development Company (IDC), a public company whose goal is the development of the archipelago. The energy produced will be sold to Alphonse Island Lodge, a company specialising in travel and ecotourism on the island, Island Conservation Society and Seychelles Peoples Defense Forces. The facility is also expected to benefit 190 people and tourists in transit on the island, which is blessed with turquoise waters and white sand.

An alternative to generators

The contract between SPS and IDC stipulates that the company, based in Cape Town, will operate and maintain the facilities. The financing of the project was provided by Mettle Solar Investments, an investment fund specialising in the financing of solar projects and very active on the African continent.

A few months ago, Alphonse was supplied with electricity by four generators. By November 2018, the island is using only three of them to take over the solar park at night. After the plant’s batteries are commissioned, only two of the diesel generators will remain in service to serve the rest of the population.

The authorities are pleased with this progress, however, especially since the operation of the four generators required the use of five to seven barrels of diesel fuel per month. They will now save up to 270,000 litres of diesel per year. In addition, the new solar park will allow Alphonse to reduce its carbon emissions by 718 tonnes. All that remains is to hope that the 114 other islands, which make up the archipelago, will go green.