Homepage » SENEGAL: Vinci and Andritz win the contract to build the Sambangalou dam

SENEGAL: Vinci and Andritz win the contract to build the Sambangalou dam 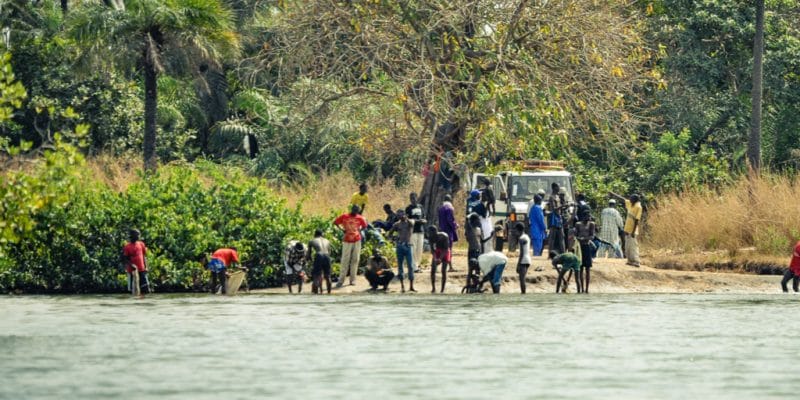 The construction of the Sambangalou multi-purpose dam has been entrusted to a consortium formed by the French group Vinci Construction and the Austrian company Andritz. The water reservoir, which will operate a 128 MW hydroelectric power plant, will also be used for drinking water supply and irrigation.

The Organisation for the Development of the Gambia River (OMVG) is making progress in the implementation of its Sambangalou hydroelectric project in the Kédougou region, in the south-east of Senegal. The sub-regional organisation has just appointed a consortium to carry out all the work related to this project. The consortium consists of Vinci Construction Grands Projets and Vinci Construction Terrassement, both subsidiaries of the French group Vinci Construction, which owns 75% of the consortium. The remaining 25% is held by Andritz Hydro Germany and Andritz Hydro Austria, two subsidiaries of the Austrian Andritz group, which specialises in the design and manufacture of equipment such as turbines for hydroelectric power stations.

The four companies are thus committed to the execution of a €388 million contract. The works involve the construction of a dam measuring 91 m in height, with a reservoir that will extend over 181 km², straddling Senegal and Guinea. According to the OMVG, the project owner, the works will be divided into three phases, the first of which will involve the construction of the access roads, the Kédougou bridge and the project owner’s housing estate. In the second phase, the consortium will focus on the construction of the dam and the hydroelectric power station. The last phase concerns the installation of the electro-hydromechanical equipment in the Sambangalou power station, which will have a capacity of 128 MW.

“For an efficient implementation of the Project, both parties have agreed to sign a “phased type” Contract in which the consortium first carries out preliminary work in the initial phase before gradually moving on to the following phases”, says the OMVG. Work will begin in the first half of 2021 and will last 48 months.

The 128 MW (402 GWh per year) of electricity generated under the project will be injected into the national power grids of OMVG member countries, including Senegal, Guinea, Guinea-Bissau and the Gambia. Through its subsidiary Vinci Energies, Vinci Construction is “currently deploying several hundred kilometres of high-voltage lines” to enable production to be shared. While the primary purpose of the project is to produce electricity, the future Sambangalou dam will be used for other purposes.

The water reservoir will enable “(…) the development of irrigation of agricultural land as well as the supply of drinking water to the surrounding localities. At the end of the construction site, the drinking water treatment plant installed as part of the project will be handed over to the local population,” says Vinci Construction.

The loss of agricultural land

While for OMVG, the project will make it possible to regulate the flow of the Gambia River, the water retention will also disrupt the lives of the people living in the area where the dam reservoir is located. Composed mainly of farmers, the local residents will be forced to leave their villages, leaving behind them memories, fertile land, pastures, plantations, cultural heritage, etc.

“The displacement of populations in the area of the Sambangalou hydroelectric scheme is caused by the creation of a 181 km² reservoir that will extend over territories on which 10 villages are settled,” the OMVG acknowledges. The organisation has put in place a resettlement action plan (RAP) that will enable the people affected to resume their activities, but far from their homelands. The RAP is part of the requirements of the 10 financial partners of the project, including the development banks. They have agreed in 2015 to mobilise 1 billion dollars for the construction of the dam, the hydroelectric power station and the power lines.