Homepage » SENEGAL: UCG and UCAD sign an agreement for the recovery of plastic waste

SENEGAL: UCG and UCAD sign an agreement for the recovery of plastic waste 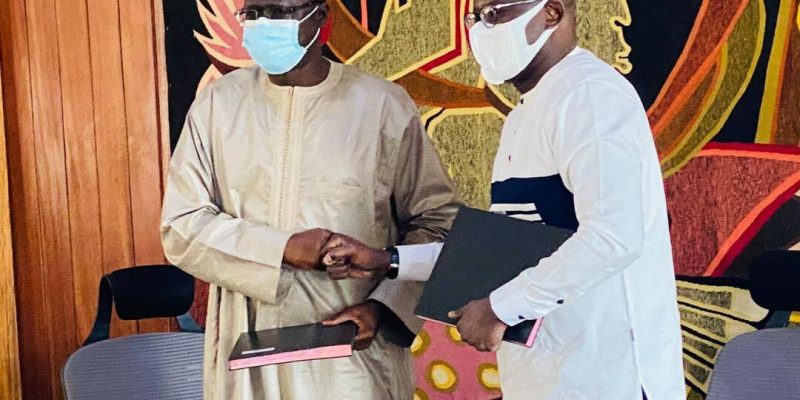 The Solid Waste Management Coordination Unit (UCG) of Senegal and the Cheikh Anta Diop University of Dakar (UCAD) have signed a partnership agreement for the transformation and valorisation of plastic waste. An initiative that will allow the experimentation of the environmental maturity of Senegalese.

In Senegal, a new partnership for the transformation and valorisation of plastic waste is signed between the Solid Waste Management Coordination Unit (UCG) and the Cheikh Anta Diop University of Dakar (UCAD). According to Amadou Aly Mbaye, rector of UCAD, his institution will serve as a testing ground for the new waste management system that UCG will set up.

This partnership will also strengthen the collective environmental maturity of Senegalese. “The idea is to start with the university, to make it a center of experimentation, in order to enhance the value of waste, then to spread them throughout Senegal and abroad, “said for his part the coordinator of the UCG, Mass Thiam.

The multiplication of waste recycling projects

The agreement with the UCG partner has allowed the establishment of 16 points for the sorting and collection within the university. The agreement signed between the two bodies also provides for the training of about thirty undergraduate students in the transformation of plastic waste.

In Senegal, despite the law of 2020 banning single-use plastic bags of less than 30 microns (cups, cutlery, bags), 200,000 tons of plastic waste are produced per year, of which only 9,000 tons are recycled. The rest is dumped in nature and the oceans, which suffocates and kills marine biodiversity including seabirds, turtles and other fish.

Read also-SENEGAL: Proplast will recycle 200 tons of plastic per year, in agreement with UCG

Proplast Industrie, a Senegalese company specialized in plastic waste recycling has launched an initiative called Récuplast which is a network of collection and sale of plastic waste and products derived from recycling in Senegal. The collected plastic waste is transformed into granules and then used to manufacture other products, such as basins, chairs and baskets.