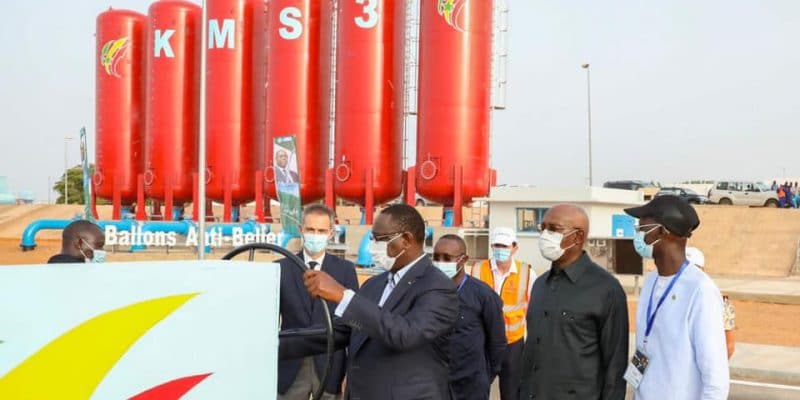 A new plant located in the locality of Keur Momar Sarr has been supplying 3 million Senegalese with drinking water since July 10th, 2021. The plant, which has a daily capacity of 200,000 m3, was opened on Saturday July 10th, 2021 by the President of the Republic of Senegal, Macky Sall.

Announced for 2020, the new drinking water station of Keur Momar Sarr (KMS), located in the department of Louga, 250 km from the Senegalese capital Dakar was finally inaugurated on July 10th, 2021. It was during a ceremony presided over by the Senegalese Head of State, Macky Sall. The project, implemented by the companies Eiffage, Sogea-Satom and the Société auxiliaire des distributions d’eau (Sade), with the collaboration of several Senegalese companies, benefits 3 million people in the regions of Louga, Thiès and Dakar. 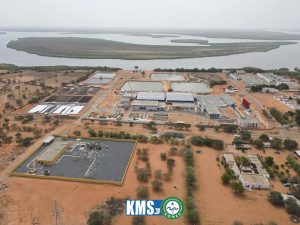 With this new installation, KMS now has three drinking water plants. A pumping station built on Lake Guiers, located on the Senegal River delta, supplies the KMS3 drinking water plant via a 213 km long, 1.5 m diameter pipeline. The plant has a capacity of 200,000 m3 per day. The companies in charge of implementing the project also built two storage tanks of 10,000 m3 each in Thiès and three distribution tanks in the same city, as well as at Blaise Diagne International Airport and in the new town of Diamniadio, near Dakar.

The project to build a new drinking water plant in Keur Momar Sarr will extend the distribution network of the Société nationale des eaux du Sénégal (Sones), which will make 85,000 social connections. According to the Senegalese authorities, the entire project cost 274 billion CFA francs (nearly 418 million euros). The project was financed with loans from the World Bank, the African Development Bank (AfDB), the Islamic Development Bank (IsDB), the European Investment Bank (EIB) and the French Development Agency (AFD).

The KMS3 plant is one of the flagship projects of the Emerging Senegal Plan (PSE). This ten-year strategy for the period 2014-2023 aims to lead the West African country on the road to emergence by 2035.