Homepage » SENEGAL: the Sambangalou multipurpose dam is launched with a delay 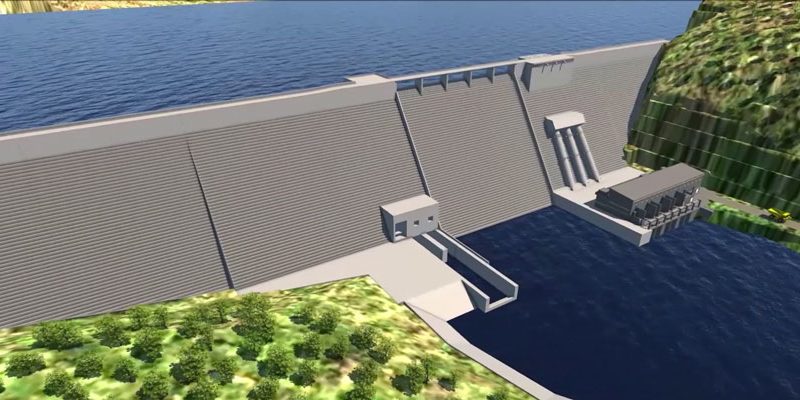 Work on the Sambangalou hydroelectric dam has begun. The announcement was made by the French group Vinci Construction, two of whose subsidiaries are part of a consortium designated to build the hydroelectric facility, which is also dedicated to the supply of drinking water and irrigation.

The Sambangalou multipurpose dam project is now underway. The start of the work was normally planned for the first half of 2021. It is therefore with a year’s delay that the implementation of the hydroelectric scheme begins 25 km south of the main town of the Kédougou region, near the border with Guinea. The project, which is expected to employ up to 1,200 people at its peak, involves the construction of a dam on the Gambia River.

The dam will be 91 m high, with a reservoir covering 181 km², straddling Senegal and Guinea. The dam lake that will be formed is expected to contain 4 billion m3 of water. The water from the dam will be used to generate electricity through a power station equipped with turbines capable of delivering 128 MW, i.e. an estimated annual capacity of 402 GWh.

An investment of US$388 million

The water from the Sambangalou dam will also be used for irrigation, with the result that 90,000 hectares of agricultural land will be developed downstream, including 50,000 hectares in Senegal and 40,000 hectares in The Gambia. The surrounding communities will also be supplied with drinking water through the construction of a plant that will draw water from the dam’s reservoir. The project is being implemented by the Gambia River Development Organisation (OMVG), which has chosen a consortium of four companies to carry out the work.

The US$388 million contract was awarded to Vinci Construction Grands Projets, Vinci Construction Terrassement, both subsidiaries of the French group Vinci Construction, as well as Andritz Hydro Germany and Andritz Hydro Austria, two subsidiaries of the Austrian group Andritz. In addition to the regulation of the river’s flow and the development of certain infrastructures, the project should also lead to the departure of local populations. “The displacement of populations in the area of the Sambangalou hydroelectric development is caused by the creation of a 181 km² reservoir that will extend over territories where 10 villages are located,” acknowledges OMVG, which has also prepared an action plan for the resettlement of people affected by the project.

For its part, the Vinci Construction group promises to ensure the preservation of biodiversity, which will be “an absolute priority”. This includes preserving the habitat of West African chimpanzees, already considered extinct in Benin, Burkina Faso and Togo. The duty of care also applies to the NiokoloKoba National Park in south-eastern Senegal. The project, which is expected to enter its operational phase in 2025, is financed by OMVG member states, as well as loans from a myriad of development finance institutions. 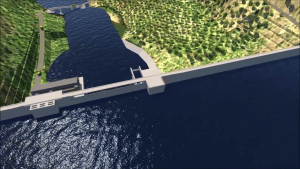 Its power plant will have a capacity of 128 MW © Vinci

The electricity produced at Sambangalou will be fed into the grids of OMVG member countries, including Senegal, Guinea, Guinea-Bissau and The Gambia. These West African countries are interconnected through the West African Power Pool (WAPP).