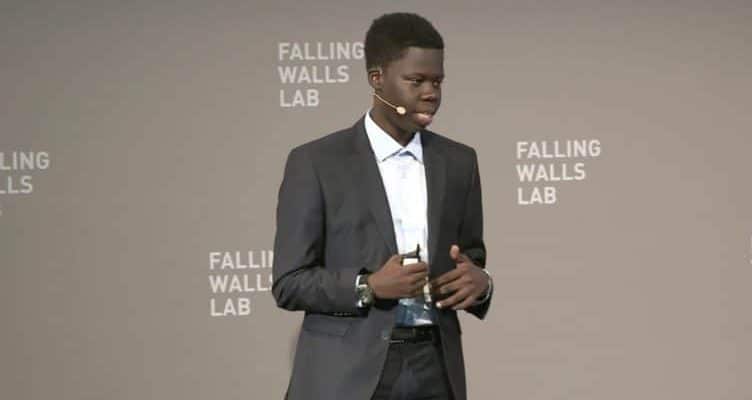 Waste management is a challenge that is imposed everywhere in the world and drastically in African countries. Young Senegalese Alioune Badara Mbengue and Mondiaye Gnigue have created an intelligent dumpster whose aim is to improve waste collection.

Faced with the proliferation of waste in large and often overcrowded African cities, some are becoming aware of the situation and decide to act. Among these leaders are Alioune Badara Mbengue and Mondiaye Gnigue. Both 20 years old, these Senegalese students, who met in a manga club (Japanese comics), developed Mbal-IT.

“In Wolof (the language spoken mainly in Senegal with more than 10 million speakers, as well as in Gambia and Mauritania, E’sN) mbalit means waste. As we have associated technology with it, it is finally called Mbal-IT…” explained Mondiaye Gnigue, one of the project promoters in a report broadcast by the Senegalese television channel TFM. It is a solution that consists in installing intelligent garbage bins in the city. They will be equipped with “video screens”.

Mbal-IT, a concentrate of technology

The purpose of these screens is to allow users to better sort their waste before inserting it into the bin. The prototype they made with recycled materials runs exclusively on solar energy. This hopper even goes so far as to detect human presence in order to anticipate the automatic opening of the flap installed on the container and simultaneously broadcast, via the screens, an explanation message on collection and sorting, in French and Wolof, of course. According to Alioune Badara Mbengue, this project will also allow the Solid Waste Coordination and Management Unit (SCU) officers to lighten their workload. And to collect data on the sorting habits of Senegalese since the next prototype must integrate sensors and data transmission.  “With Mbalt-IT, we hope to reduce the impact of pollution in our country,” he says.

An initiative rewarded on several levels. First in Dakar, these young people were awarded the Dakar Pitch Prize, an initiative that rewards entrepreneurial innovation in Senegal. It is thanks to the latter that they went to Casablanca in Morocco, where they won the Young Entrepreneur Award at the Hub Africa which took place from 2 to 3 May 2018.

So far, Alioune Badara Mbengue and her partner have started working with the SCU, which deals with waste management in Senegal. A real challenge to take up, especially when we know that the culture of waste sorting is not yet very established in the country. But they plan to install intelligent wastebaskets in all Senegalese cities.