Homepage » SENEGAL: replacing 316 km of pipes to improve the efficiency of the KSM station

SENEGAL: replacing 316 km of pipes to improve the efficiency of the KSM station 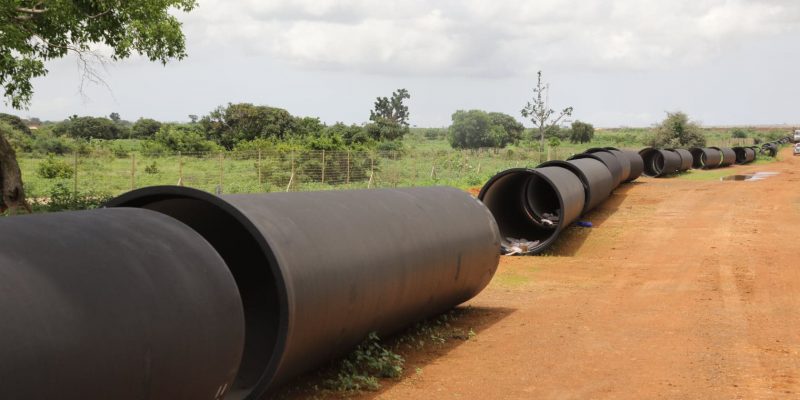 The Société nationale des Eaux du Sénégal (Sones) has announced the renewal of 316 km of drinking water distribution network in several councils of the capital Dakar. The project aims to improve the operational efficiency of the new drinking water production facilities.

In Dakar, the capital of Senegal, the public service is improving the supply of drinking water. Sen’Eau, the company that operates and distributes drinking water in urban and peri-urban areas, is working with the Société nationale des Eaux du Sénégal (Sones) on a new project. This involves the renewal of 316 km of pipes in the drinking water distribution network in the city of Dakar. The renewal of the pipes “will make it possible to save up to 45,000 m3. The work will begin once negotiations with the concessionaires (Ageroute, Senelec, Sonatel, Free, etc.) and the company in charge of carrying out the work selected after an international call for tenders have been completed,” says Sones.

In all, 10 councils are concerned by the renewal of drinking water pipes. These are Almadies, Parcelles Assainies, Patte d’Oie, Grand Yoff, Grand Dakar, Mermoz, Sacré-Cœur, HLM, Plateau and Médina. The new pipes will improve the distribution of drinking water from various plants, including the Keur Momar Sarr (KMS) plant in the Louga division, 250 km from the Senegalese capital Dakar.

The drinking water plant has been operational since July 10th, 2021. The plant is capable of supplying 200,000 m3 of water daily to 3 million people living in Dakar, as well as in Louga and Thiès. Keur Momar Sarr has two other water treatment plants that improve the supply of drinking water in Senegalese cities. The West African country has several other plants spread across the country, including the one in Kédougou with a capacity of 2,000 m3. The installation came into service in June 2021.