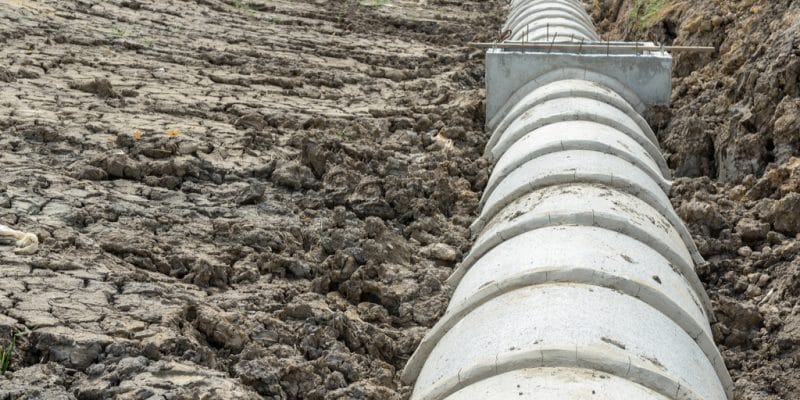 Several districts of the city of Koalack in western Senegal have just benefited from a sanitation project run by the National Sanitation Authority of Senegal (ONAS). The districts are Dialegne, Ndorong and Abbatoir. The ONAS has built 5 km of sewerage network and made at least 600 connections. These achievements are part of a major sanitation project launched in this city in early 2018.

Kaolack’s sewer system dates back to the 1980s. And the government has set itself the objective of rehabilitating and expanding it, since the population has increased in the meantime. The city has a population of more than 500,000. As a result, another project is currently underway: the extension of the wastewater treatment network in Medina Baye. It is a religious city and a high place of pilgrimage for the Sufi Muslim Brotherhood, one of the most important in West Africa. This city located in Koalack welcomes many pilgrims every year.

The government plans to extend the sewerage network to the underserved areas by laying 13 km of gravity-fed network. ONAS will also build 1,300 residential service boxes with interior fittings. The public company should also expand the capacity of the pumping stations in the city of Medina Baye. The total cost of this work amounts to 1.8 billion CFA francs, or 2.7 million euros.

A rainwater sanitation project has also been underway for several months in the city of Kaolack. These include the construction of a drainage network, the construction of a clipping basin, the construction of 4,600 m2 of new self-locking paved roads, and the construction of two overflow basins. In addition to this work, “ONAS now has an information, listening and communication component, which includes mass communications and awareness-raising sessions for the population to better maintain the structures,” says Abdoulaye Ngom, Head of ONAS’s department in the Koalack region. The objective is to discourage people from disposing of solid waste in sewers.