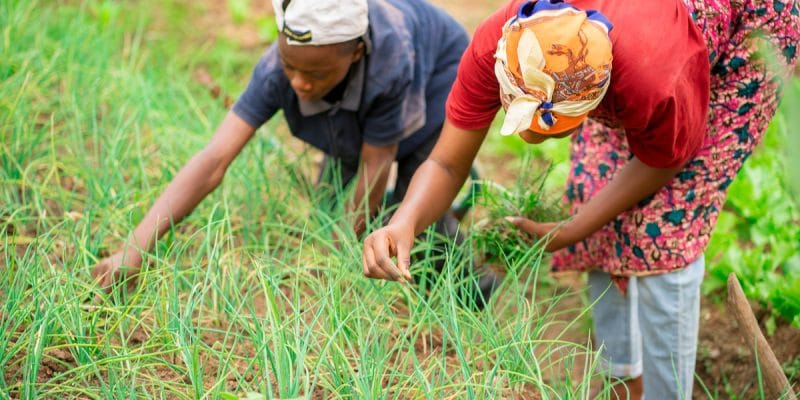 At the call of the association Green Holidays, a hundred rural women met in Dakar, Sunday, October 24th, 2021, to demand climate justice. Particularly vulnerable to the effects of climate change, they want to make their voices heard at COP26.

A hundred Senegalese rural women from the regions of Thiès, Saint-Louis, Diourbel, Ziguinchor, and Kédougou demonstrated on October 24th, 2021 in Dakar. Responding to the call of the environmental association Green Holidays, they walked for miles, signs in hand, to deplore the consequences of climate change in their daily lives. In particular, pollution, disruption of seasons and ecosystems, loss of biodiversity, food insecurity and poverty.

Senegal, like most African countries, is facing climate change. Rural women are particularly exposed to this phenomenon, since they work mainly in agriculture. A recent report by the World Meteorological Organization (WMO) estimates that by 2030, 118 million Africans will be exposed to the effects of climate change. The same source indicates that in sub-Saharan Africa, climate change could reduce the gross domestic product (GDP) by up to 3% by 2050.

A plea addressed to the COP26

The Senegalese rural women’s march for climate justice comes just days before the opening of the 26th United Nations Conference of the Parties on Climate Change (COP26), in Glasgow, from October 31st, to November 12th, 2021. “The Women’s Climate March also aims to promote the participation and consideration of the specific concerns of Senegalese and African women in the negotiations and conclusions of the COP26. The Women’s Climate March is above all a call to action for the respect of the commitments of Paris and the Western States in favour of the environment and the climate”, explains Khady Camara, the president of the association Green Holidays.

On June 15th, 2021, Vacances vertes, which works for the protection of the environment, received the award for “Action for environmental issues in Senegal”. A distinction awarded by UNO-Women, the Embassies of France and Canada in Senegal and the civil society, in recognition of its efforts in favour of the climate. Between 2017 and 2021, Green Holidays has planted one million trees across Senegal, including 100,000 in the capital Dakar.