Homepage » SENEGAL: Mystery hovers over the death of dolphins and turtles in the north of the co

SENEGAL: Mystery hovers over the death of dolphins and turtles in the north of the co 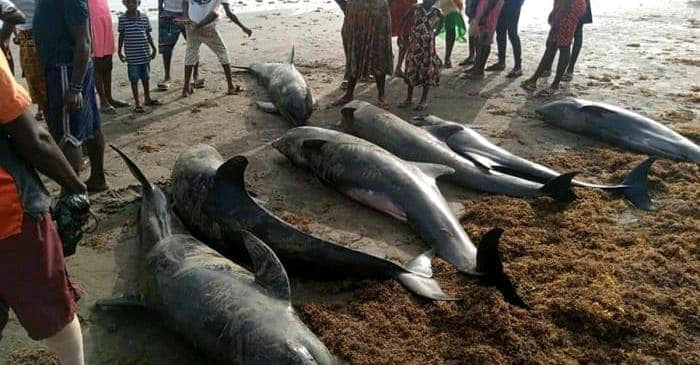 The mysterious death of dozens of dolphins and turtles whose carcasses were discovered earlier this month in northern Senegal continues to intrigue environmentalists. In a press release published on July 12th, 2021, Greenpeace presented this tragedy as a prelude to the consequences of the BP (British Petroleum) gas project in West Africa. The nature conservation organisation also demands the publication of the results of autopsies carried out on the carcasses of these stranded aquatic animals.

Greenpeace wants to clarify the stranding of several dozen dolphin and sea turtle carcasses, which occurred in early July 2021 along the shores of Saint-Louis, in northern Senegal. Dismayed by the sudden death of so many protected marine animals, the conservation organisation is calling on the Senegalese authorities to make public the results of the autopsies carried out on the carcasses.

While waiting for the publication of information on the real causes of the death of these marine animals, local fishermen, in particular the National Union of Artisanal Fishermen of Senegal (UNPAS), have expressed doubts about the use of explosives at sea, which could be the cause of this tragedy.

A consequence of the GTA gas project?

The tragedy on the Senegalese coastline has also served as a pretext for Greenpeace to denounce once again the implementation of the BP (British Petroleum) gas project in West Africa. “Although the real cause of these deaths is not yet known, it is clear that any industrial exploitation of our ocean in the future would lead to many more such tragedies,” says Awa Traoré, Greenpeace’s Dakar-based ocean campaigner.

In a survey published at the end of June 2021 by Greenpeace’s Unearthed initiative, the British company BP’s new gas project on the border between Senegal and Mauritania is presented as a threat to the climate and the “world’s largest known cold-water coral reef”. According to the study, the Greater Tortue Ahmeyim (GTA) gas concession, which extends 2.7 km below the surface (a depth never before attempted in Africa), is the start of a series that could lead to emissions using up to 1% of the world’s remaining carbon budget to keep global warming below 1.5°C by 2100.

A potentially dangerous project for marine biodiversity, as according to Unearthed, its location is considered the largest known cold-water reef in the world, home to countless species, including sharks, whales and turtles.