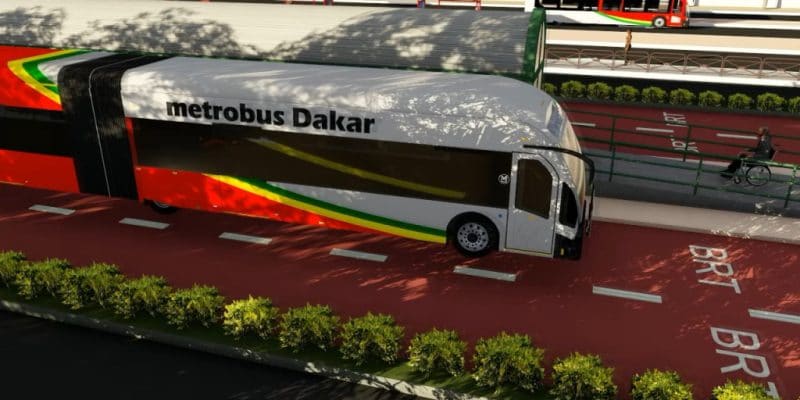 In Senegal, the authorities and the French group Meridiam, which specializes in the development, financing and management of public infrastructure projects, have signed a contract for the acquisition and management of electric buses in Dakar, in order to relieve congestion in this metropolis by setting up a sustainable public transport system by 2023. The network, which will be financed by several partners, will also reduce travel time for residents by half and cut emissions by 59,000 tons of CO2 equivalent per year.

According to the Senegalese authorities, traffic jams in the city of Dakar cause economic losses of 100 billion CFA francs (152 million euros) every year. In this context, the Senegalese government has signed a concession contract with the French group Meridiam, which specializes in the development, financing and management of public infrastructure projects, for the acquisition and management of electric buses in the capital over a 15-year period.

The Dakar Bus Rapid Transit (BRT) project, which is the first sustainable public transport network on the continent, involves the introduction of a fleet of 121 electric buses by 2023 to facilitate the mobility of 3.8 million Dakar residents. In addition to Meridiam, the project is being implemented with the participation of the Senegalese Sovereign Investment Fund (FONSIS) and Keolis, a Franco-Quebec company specializing in public transport through bus, metro, tramway, coach, bicycle rental and parking networks. The vehicles will run on 18.3 km of dedicated and equipped lanes, serving 14 municipalities with 23 stations (stops) for the benefit of 300,000 passengers daily.

“Thanks to these electric buses, comfort, safety, regularity and travel times will also be greatly improved. The connection between the coastal city of Guédiawaye, north of Dakar, and the city center during rush hour will be twice as fast, from more than 90 to 45 minutes. Transportation costs in the city will be reduced thanks to the implementation of an affordable, intermodal fare policy and social fares for eligible persons defined by the State of Senegal,” says the French group headed by Thierry Déau.

An investment of 450 million euros

According to Meridiam, the electric buses will allow 60% of the population to have access to at least one additional market in less than 30 minutes, while 47% of Dakar residents will have access to an additional university, 62% to a pharmacy and 25% to a hospital. According to the Paris-based company, this project will create 1,000 jobs for women and young people in the city, including about one-third of drivers.

According to the planners, the Dakar BRT will provide a sustainable solution to road congestion. Also, the investment will contribute to the reduction of pollution thanks to electric batteries that will improve air quality in Dakar and avoid the emission of more than 59,000 tons of CO2 equivalent each year.

According to the Executive Council of Urban Transport of Dakar (CETUD), an agency of the Senegalese Ministry of Transport, the government’s initiative “is part of the ambitious and comprehensive strategy to modernize Dakar’s urban mobility and transport network by 2025. It is also a project that contributes to the energy transition by offering an alternative to diesel.