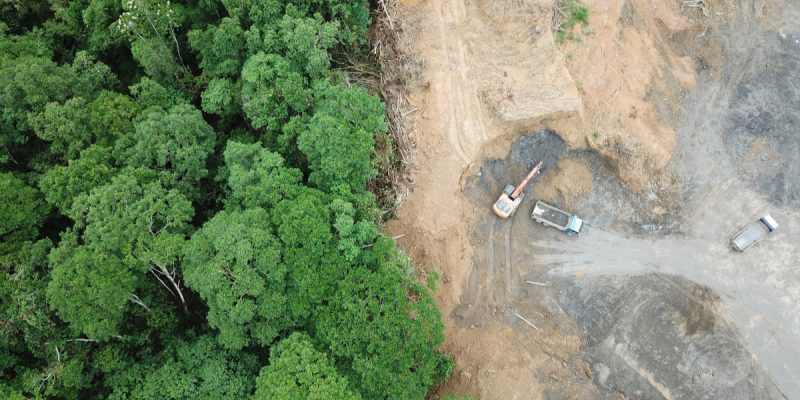 Two camps are clashing over the proposed removal of 10 hectares in the Mbao Forest, located on the outskirts of Dakar, Senegal. Some local residents want to turn it into a cemetery, while others denounce the environmental damage, a previous attempt to destroy the only green lung of the Senegalese capital.

A group of residents of the commune of Mbao, a suburb of Dakar, Senegal, is leading an ecological battle. Together behind the association for the sustainable development of Mbao, they have seized the President of the Republic to put an end to the project of declassification of a 10 hectare area in the forest of Mbao, to turn it into a cemetery. “We say no to Minister Abdou Karim Sall and Mayor Abdoulaye Thimbo. We are not going to accept that the forest should be cleared for a cemetery,” said members of the group in Mbao.

They complained the day after after their meeting with Abdou Karim Sall, the Senegalese minister of Environment and Sustainable Development, on June 23, 2020. The latter reassured the members of the collective that there was no procedure in progress, aiming at the downgrading of the Mbao forest. Following the interview, members of the collective discovered that the minister had “by act number 02311 of June 15 2020, instructed the governor of Dakar to convene the regional soil conservation commission to examine the request for decommissioning submitted by the mayor of the commune of Pikine”, hence the collective’s anger, determined to appeal to the highest authority of the state.

The Mbao forest: a refuge for brigands?

The mayor of the town of Pikine, a neighboring commune, had on December 19, 2019 sent a letter to the Senegalese Minister of Environment and Sustainable Development, for the provision of a site of 10 hectares located in the classified forest of Mbao. Supported by part of the population, the mayor’s action is not only aimed at the creation of a cemetery.

The commander of the Keur Massar gendarmerie brigade, Waly Sène, is one of the supporters of the Mbao forest downgrading project. According to him, this will help stop offenders who use this forest as a hideout. “The Mbeubeuss dump and the classified forest of Mbao are the sources of insecurity in Keur Massar,” says Waly Sène. This argument is in addition to the one put forward by some local residents, who are calling for the extension of the village of Mbao into the forest, due to the increase in its population.

The forest decommissioning project is unprecedented. The area originally covered 815 hectares. But following a regression agreed by the authorities, the forest now covers an area of 722 hectares.