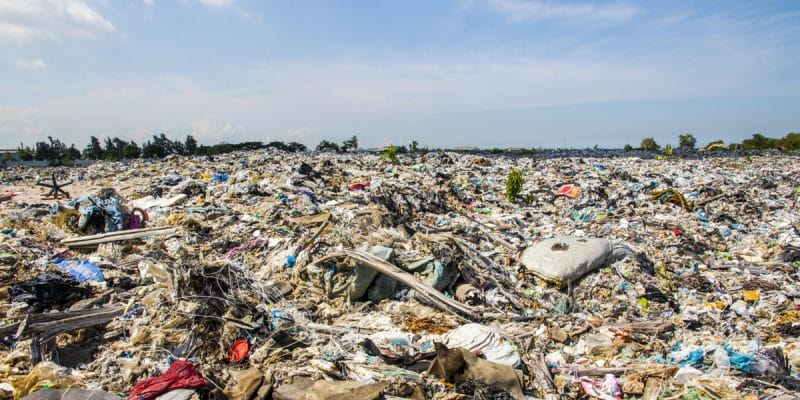 The Senegalese ministers of public health and the environment will reach an agreement on the Mbeubeuss landfill redevelopment project. This was the decision of President Macky Sall at the Council of Ministers, which was held on January 15, 2020 in Dakar. With two objectives for the Senegalese president: to calm tensions around the ecological disaster caused by one of the largest open-air landfills in the world and, more generally, to affirm the ambition to create 10,000 green jobs.

The Senegalese president is keen to achieve one of the priorities of his second five-year term, which is the project to rehabilitate the highly controversial Mbeubeuss landfill near the capital Dakar.

At the Council of Ministers meeting held on the 15th of January 2020, Macky Sall asked the Minister of Public Hygiene and the Minister of the Environment and Sustainable Development to put their actions in synergy in order to carry out the project to rehabilitate the Mbeubeuss landfill site. Thus, rather than closing this landfill, as demanded by the local population, Mbeubeuss will remain open, “We are going to set up a sorting centre and a composting centre there. The idea is to stop the landfill from advancing and for it to meet environmental and international standards,” explains El Hadj Mamadou Dieng of the Coordination Unit for Waste Management in Senegal.

The timetable for the work in Mbeubeuss has not yet been specified. According to a source close to the presidency, the project will be carried out on the model of a public-private partnership (PPP). Studies already conducted indicate that the budget required to carry out this PPP is around 122 million euros, or 80 billion CFA francs.

President Macky Sall’s directives come in the wake of new protests for the closure of Mbeubeuss. On December 14, 2019, hundreds of people living near the dump gathered to demand its closure. “Dafa Doy, that’s enough! We can no longer live with this dump! ” said Mamadou Fall, coordinator of the residents’ collective.

Opened in 1968, the Mbeubeuss landfill was supposed to be a temporary one, but half a century later, this “temporary” is still going on. Today, about three million inhabitants of the Senegalese capital dispose of their waste at the site. Waste that is said to account for 80 per cent of the country’s rubbish. Mbeubeuss is said to be one of Africa’s largest landfill sites: every day, some 2,000 tonnes of waste are dumped directly by hundreds of trucks on more than 114 hectares, the equivalent of almost 200 football pitches. A veritable ecological bomb.

The Mbeubeuss rehabilitation project is part of the “zero waste” programme. It is a change of approach, rethinking the waste collection system to allow, on the one hand, the recycling of components (plastic, glass, paper, etc.) and, on the other hand, the industrial destruction of materials deemed toxic or dangerous, harmful to public health and the environment. A programme through which the Senegalese president intends to create 10,000 green jobs.