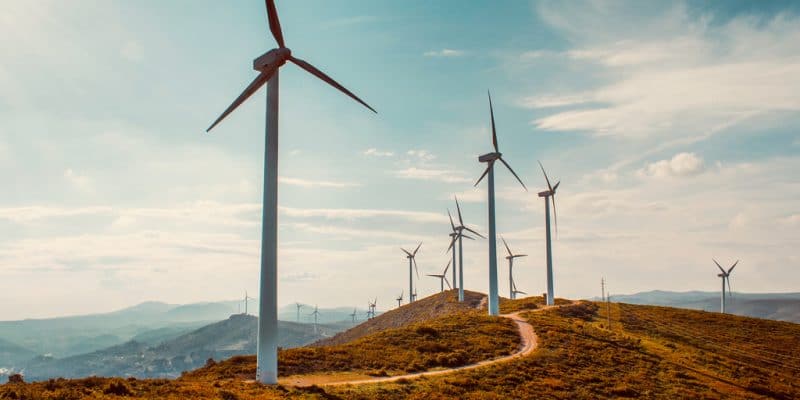 The company specialising in renewable energy production, Lekela, has officially launched the construction of the Taiba N'Diaye wind farm. With a capacity of 158.7 MW, it is located 70 km north of Dakar, the capital of Senegal.

The construction of the Taiba N’Diaye wind farm has been launched in western Senegal. It is the first wind power plant in West Africa. It therefore gave rise to a ceremony attended by the British Ambassador to Senegal, George Hodgson, the United States Ambassador to Senegal, Tulinabo Mushingi, the project owner Lekela, representatives of the National Electricity Company of Senegal (Senelec), the company in charge of electricity transmission and distribution and the Mayor of Taïba N’diaye, Aly Lô.

Lekela is a joint venture between the British investment fund Actis and the Irish company Mainstream Renewable Power. For the construction of the Taiba N’Diaye wind farm, the company launched a call for tenders that was won by Vestas Wind Systems. The contract between the two companies stipulates that the Danish company will provide the engineering, construction and maintenance of the future wind farm (Engineering Procurement and Construction, EPC).

In the following months, Vestas will install 46 wind turbines at the Taiba N’Diaye wind farm. Each of the wind-powered turbines will have a capacity of 3.45 MW. The entire plant will therefore have a capacity of 158.7 MW. This amount of energy represents 15% of the country’s installed capacity. “Senegal quickly embraced the idea and benefits of renewable energy. Between the Taiba N’Diaye Wind Farm and several ongoing solar energy projects, the country is establishing a clear clean energy model that other African communities can study and emulate,” said Chris Antonopoulos, Lekela’s President and CEO.

Two financial partners for the project

If Lekela’s CEO speaks about the entire African continent, it is because in recent years, his company has become a master in renewable energy production and more particularly in wind power. In Egypt, for example, the company will build a 250 MW wind farm as soon as the ongoing financial round table is completed.

In Senegal, his project was supported by the Danish Export Credit Agency (EKF). The enterprise has decided to invest 140 million euros in the project. It is also the case for Overseas Private Investment Corporation (OPIC), the U.S. government’s development finance institution, which will invest $250 million. The Taiba N’Diaye wind farm is scheduled to come on stream in 2020. The energy produced will be fed into the grid. The plant will operate for 20 years.