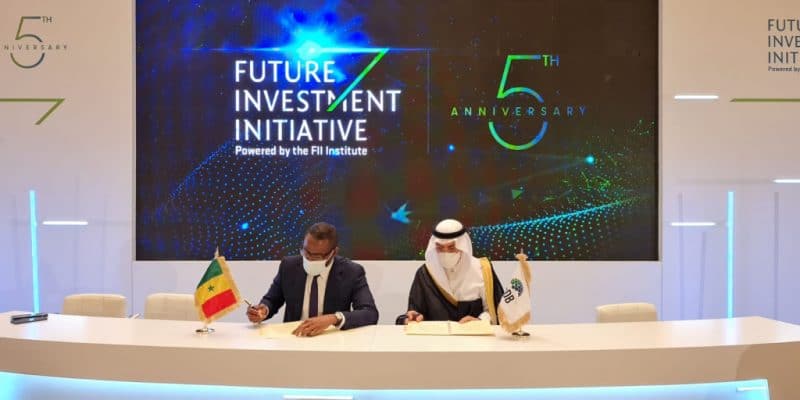 The Islamic Development Bank (IsDB) has signed an agreement with Senegalese authorities to reallocate $75.2 million in financing to development projects. The 2020 loan will be used to continue rural electrification and improve access to drinking water in Dakar.

The government of Senegal obtained from the Islamic Development Bank (IsDB) the reallocation of funds allocated at the height of the health crisis. In response to Covid-19, the Jeddah-based financial institution approved $84.03 million in funding for an emergency food aid program for vulnerable populations in July 2020. The Senegalese government planned to use the funds to distribute basic food items, including rice, sugar, pasta, oil, and soap. The IsDB-funded program was to cover one million households in need.

But, “in view of the urgency, the IsDB has shown flexibility by responding favourably to the request of the government of Senegal to use savings and uncommitted amounts to cover a list of 10 projects,” the Saudi bank said. The reallocated funds, amounting to $75.2 million, will be used to implement development projects in several regions of Senegal.

Of the reallocated funding, $16.64 million is earmarked for the Senegal Rural Electrification Project. The project, implemented by the Senegalese Rural Electrification Agency (ASER) and co-financed by the African Development Bank (AfDB), aims to improve access to electricity in remote localities by focusing on off-grid solutions based on clean energy. Currently, Senegal has a rural electrification rate of nearly 54% according to the authorities.

Access to drinking water and flood control in Dakar

The other part of the IsDB’s reallocation of funds will help finance the Dakar Water Supply Extension Project. This project has already resulted in the construction of a third drinking water plant in Keur Momar Sarr (KMS3), with a capacity of 100,000 m3 per day, expandable to 200,000 m3 per day. The project, co-financed by the AfDB and the French Development Agency (AFD), focuses on extending the drinking water network over at least 792 km. The Senegalese authorities are currently working on the construction of 85,000 social connections in the Dakar region.

The Senegalese capital is also benefiting from the other tranche of funding reallocated by the IsDB. This is $5.58 million to mitigate the impact of flooding. Faced with bad weather in recent weeks, the Senegalese government has triggered the Disaster Relief Organization (ORSEC) plan and has pledged 27.8 billion CFA francs (42.3 million euros) to the people of Dakar to deal with the floods.