Homepage » SENEGAL: IsDB lends $50 million for the development of the Nianija Bolong watershed

SENEGAL: IsDB lends $50 million for the development of the Nianija Bolong watershed 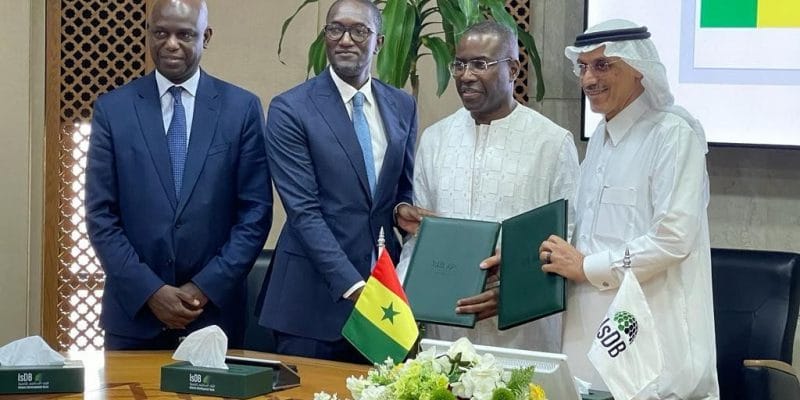 The government of Senegal has obtained a loan of $50.61 million for the development of water resources in the Nianija Bolong watershed. The loan is granted by the Islamic Development Bank (IsDB).

On the side-lines of the visit of Amadou Hott, the Senegalese Minister of Economy, Planning and International Cooperation to Jeddah in Saudi Arabia, the Islamic Development Bank (IsDB) announced the validation of a loan of 50.61 million dollars in favour of Senegal. The funds are allocated for the implementation of the Nanija Bolong Watershed Water Resources Mobilization Project.

The watershed at the center of this water resources development project is located on the borders of the regions of Tambacounda and Kaffrine in west central Senegal. This part of the country is drained by the upper branch of the Nanija Bolong, a 288 km long river. Its catchment area covers 3,700 km2. The development of this water resource is therefore necessary for the development of agriculture in a context marked by climate change, which increases water stress.

Through this loan, the IsDB wants to contribute to improving the availability of surface water resources in the Nanija Bolong watershed in order to create conditions for the development of agricultural and pastoral activities, as well as to strengthen the resilience of ecosystems to drought. The project includes four cascade structures along the main river, as well as the development of four natural depressions on the right bank of the main branch of the Nanija Bolong.

Read also- SENEGAL: water from Lake Guiers will be pumped to supply the city of Touba

The Senegalese government also plans to dredge, re-profile and dike 10 km of the main branch. This work should allow the annual mobilization of 50 million m3 of water for agriculture and livestock, with the development of a 30 km network of water supply to the development areas. The project will thus allow the restoration of degraded ecosystems in the Nanija Bolong watershed.

According to Senegalese government projections, the project will benefit 58,000 people, mainly small-scale farmers. Water from the Nanija Bolong watershed is already being used for agriculture on 300 hectares, including 135 hectares on the left bank and 165 hectares on the right bank. These perimeters are mainly irrigated by a system of about twenty depressions that fill up during flood periods and then serve as storage basins from which the farmers draw their water directly.