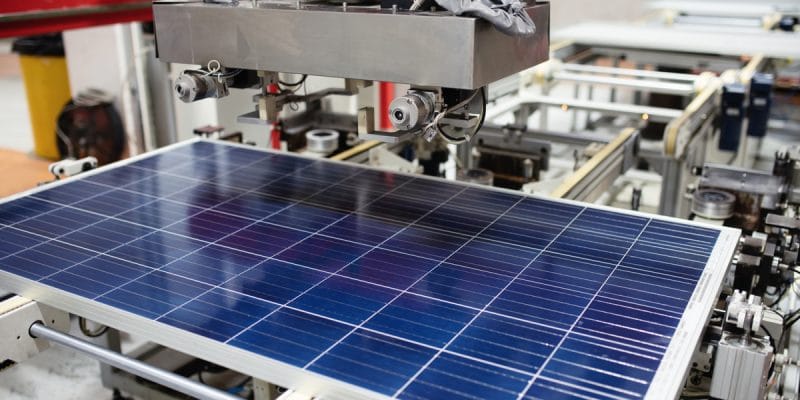 Swiss researchers, in collaboration with the Polytechnic University of Dakar, have established a centre in Senegal to test photovoltaic components. This project, which will also be implemented in neighbouring countries, aims to disseminate better solar equipment in Africa.

In Senegal, two new solar power plants are expected to be built by the end of 2020. Each of the two plants, located just over 100 kilometres from the capital Dakar, Kabone and Kael, will have a generating capacity of 35 and 25 megawatts (MW) respectively, and are expected to provide low-cost renewable electricity to nearly 600,000 people. The emergence of these new solar power plants, and the opening of the two largest West African sites (Bakhol and Malicounda) position Senegal as a major player in the solar energy sector.

However, whether in the form of national networks, microgrids, or domestic networks, the solar equipment available on the African and Senegalese market in particular is not always reliable. Thus the very purpose of the photovoltaic module test centre called CT2S. Headquartered in Dakar, the centre currently has four employees. Their main mission is to test photovoltaic modules put on the market by companies and individuals.

The CT2S’s secondary missions are to train 200 electricians and agents working in the solar industry in Senegal, and to conduct research into the reliability of solar modules in sub-Saharan climatic conditions.

The centre was developed by the Federal Polytechnic School of Lausanne (EPFL), in partnership with the Polytechnic University of Dakar. The idea would be to establish a quality label on the Senegalese solar market, and to extend this label to the rest of Africa. “We already have contact with other West African countries to establish similar centres there,” explains Nicolas Wyrsch, a researcher at the EPFL, and he adds that, “we believe that these centres will restore people’s confidence in photovoltaics”.

In the long term, the centre should be self-financing, but it is currently sponsored by Meridiam, a French private investment company that owns solar installations in Senegal, and by the International Development Research Centre in Canada.

This centre should be a viable investment, as more and more Africans are now choosing the solar option for their local and national electricity needs. According to the World Bank, in Africa, where nearly 600 million people living in rural areas do not have access to electricity, 3% of investments dedicated to climate action are in solar energy.