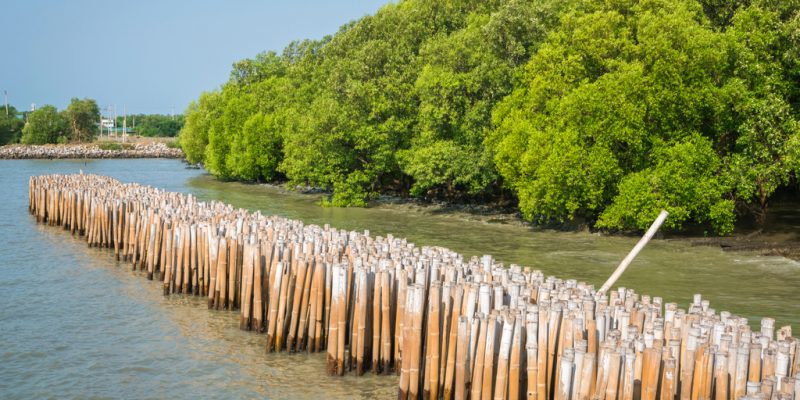 The Government of Senegal has just launched the second phase of a project on climate change resilience and coastal zone management. This project concerns the Petite Côte, the Saloum Delta and Casamance.

In Senegal, the second phase of the Climate Change Resilience and Integrated Coastal Zone Management (CCICZM) project is now on track. Work on it has just been launched by Cheikh Ndiaye Sylla, the chief of staff of the Senegalese Minister of the Environment and Sustainable Development. The 4-year project is being implemented in several coastal areas of the country, namely the Petite Côte, the Saloum Delta and Casamance.

Within the framework of this second phase of the ICZMIC, the Senegalese government is planning to plant trees to combat coastal erosion and dykes to prevent rising waters. To protect anchorage areas during bad weather, breakwaters will also be built on at-risk coastlines.

The Senegalese government believes that the implementation of the second phase of the climate change and integrated coastal zone management project will promote the development of economic activities in Senegal. For “they are home to 90% of the industries that concentrate the bulk of tourism and coastal fishing. Tourism also accounts for 68% of the country’s gross domestic product (GDP),” says Cheikh Ndiaye Sylla.

The project should also affect the Saloum Delta National Park. Listed as a World Heritage Site since 2011, the park is a biodiversity sanctuary covering an area of 76,000 hectares. It also received the title of biosphere reserve in 1980 from UNESCO (United Nations Educational, Scientific and Cultural Organization) and Ramsar site in 1984 for the importance of its wetlands.

This delta is home to a significant biodiversity, consisting of 114 species of fish that live and reproduce in the park’s mangroves. They attract up to 95 species of birds, including golden terns, which breed there. There are also lesser flamingos, grey pelicans and grey headed gulls. Climate change adaptation measures and coastal protection will help to preserve this biodiversity, as well as the development of ecotourism in the region.