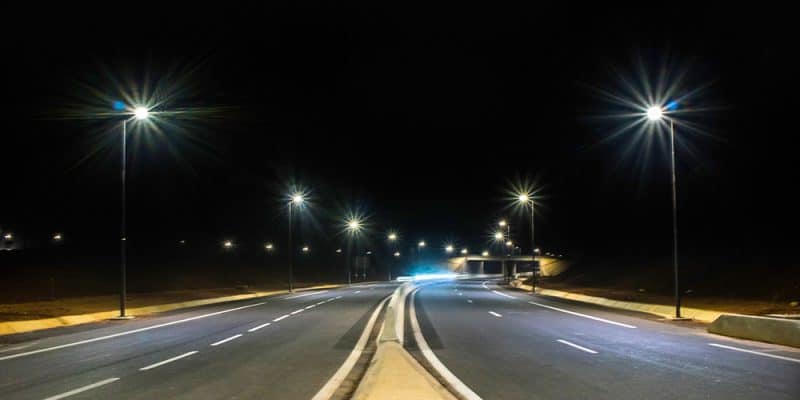 The project to install 50,000 solar street lamps in Senegalese cities is already halfway completed by the French company Fonroche Eclairage. The project is being slowed down by the covid-19 pandemic, which is also affecting Senegal.

The restrictive measures put in place by the Senegalese government to limit the spread of Covid-19 are impacting the work of Fonroche Lighting Senegal, the subsidiary of Fonroche Eclairage. However, the French company recently announced that its mega public lighting project was already 50% complete. The company won the €87 million contract in 2017.

Installation work began 10 months ago, after the creation of its Senegalese subsidiary and the recruitment of technical and administrative teams, the choice of local service providers and subcontractors for the installation of this public lighting equipment. The aim of the project is the installation of 50,000 solar street lights throughout Senegal. These installations are already visible in the cities of Dakar, Saint-Louis, Fatick, Linguère and several other Senegalese communes.

The impact of the Covid-19 pandemic

“More than just urban lighting, the solar street lamps benefit from a strong commitment on the part of the local population, who see these new facilities as an ally in improving their daily lives,” explains Fonroche Eclairage.

Restrictions on the movement of populations due to the Covid-19 pandemic are hindering the progress of the project. According to the company, which employs more than 200 people, the construction site has been slowed down in recent weeks by the Covid-19 global pandemic and the curfew in force in Senegal between 8 pm and 6 am.

For the moment, the Fonroche company estimates that more than 20,000 Senegalese are already benefiting from its solar street lamps, which run on nickel alloy batteries. The installed solar street lights will thus be able to operate for at least 10 years without maintenance. According to Laurent Lubrano, the managing director of Fonroche Eclairage, in a solar streetlight, 80% of the added value comes from the battery and the software, which allow the power to be delivered intelligently to ensure operation for 10 years, or 4,000 cycles.

This contract was awarded to Fonroche by Senegal’s National Agency for Renewable Energies (Aner), following the lighting project for the access road to the new Blaise-Diagne international airport in Dakar, where the French company had already installed 160 Fonroche Smartlight street lamps.