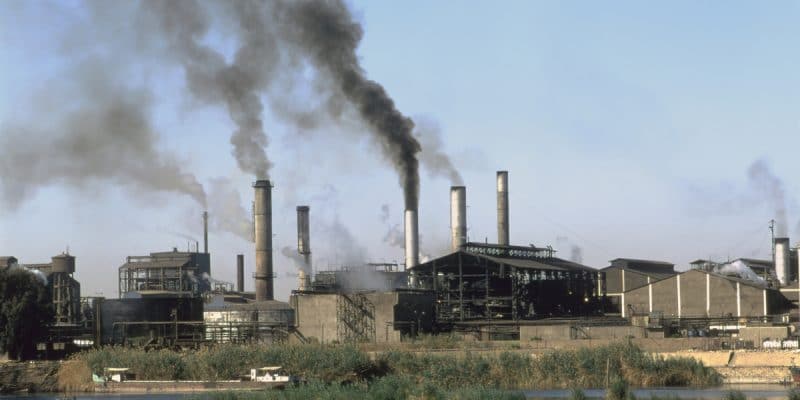 The populations of Gandiol, in northwestern Senegal, are demanding the shutdown of "Sea Production". During a protest supported by Greenpeace Senegal on November 18, 2019, the inhabitants of Gandiol accused the Chinese fishmeal factory of being responsible for air pollution in their community.

The populations of Gandiol, a town in Saint-Louis in northwestern Senegal, can no longer tolerate the unpleasant odours they have to endure. Since 2016, the installation of a Chinese fishmeal production plant (Sea Production) has made the air unbreathable in this rural area.

Supported by the Senegal branch of the environmental NGO Greenpeace, the inhabitants of Gandiol organised a large rally on November 18, 2019, not far from the site of the production plant, to express their dissatisfaction. “Since the factory started its activities, the education of children has been threatened in our village. Our students have the right to learn in a healthy environment. We therefore call on the State and we ask for the complete closure of this plant,” said Ndatté Diallo, a teacher.

According to the manager of Greenpeace Senegal’s ocean campaigns, Abdoulaye Ndiaye, “this pollution also has a negative impact on the living environment of the area’s populations and on their activities, from fishing to agriculture and livestock farming”.

Following the appointment on November 2, 2019 of Alioune Ndoye as Minister of Fisheries and Maritime Economy of the State of Senegal, Greenpeace Africa had submitted a report to the newly promoted one in which it already drew attention to the environmental damage of the five fishmeal factories present in this West African country. In these highly rudimentary establishments, with an extremely small workforce (four people on average), Greenpeace experts note toxic releases, particularly of ammonia from fish fermentation.

In addition to this ammonia pollution, the overfishing caused by these plants threatens the survival of sardines off the West African coast. This small pelagic animal, easily transformable into flour, is indeed very much sought after by these businesses. Fishermen prefer to sell sardines to factories that demand large quantities compared to housewives that offer lower prices. Overfishing therefore becomes a threat to the marine ecosystem, since 4 to 5 kilograms of fresh sardines are needed to produce 1 kilogram of fishmeal.