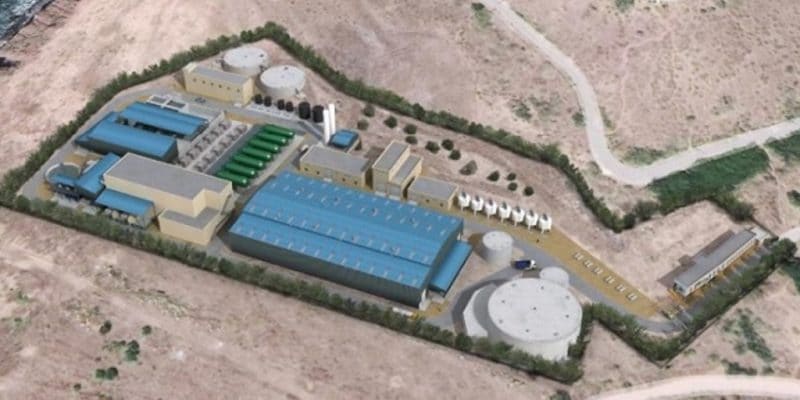 A consortium made up of French company Eiffage Génie Civil, India's VA Tech Wabag, and Japan's Toyota Tsusho Corporation has won the contract for the Mamelles seawater desalination plant in Senegal. The recently launched project aims to strengthen the water supply in the capital Dakar.

Everything is now ready for the construction of the Mamelles desalination plant, the foundation stone of which was recently laid by the Senegalese head of state, Macky Sall. The construction of this drinking water supply project has been entrusted to a consortium of three companies. These are the Japanese Toyota Tsusho Corporation, the Indian VA Tech Wabag and the French Eiffage Génie Civil.

The contract awarded by the Société nationale des eaux du Sénégal (SONES) concerns the construction of a seawater desalination plant with a capacity of 50,000 m3 per day (extendable to 100,000 m3 per day) in Mamelles, a district of Dakar. The project also aims to renew at least 243 km of pipes in order to improve water supply in the Senegalese capital.

Under the €146 million contract, VA Tech Wabag will be responsible for engineering and procurement as well as operation and maintenance (O&M), “which represents approximately one third of the consortium’s order value,” says the group headed by Rajiv Mittal. Its overall scope includes the design, engineering and supply of electromechanical equipment, supervision of installation and commissioning, followed by operation and maintenance of the plant for two years.

According to VA Tech Wabag, the Mamelles desalination plant will be based on reverse osmosis technology with compact systems, given the availability of land and the difficult terrain. For its part, Eiffage Génie Civil will be responsible for the construction works while Toyota Tsusho Corporation will co-manage the project. The construction of the Mamelles seawater desalination plant is being financed through a €200 million loan from the Japan International Cooperation Agency (JICA).