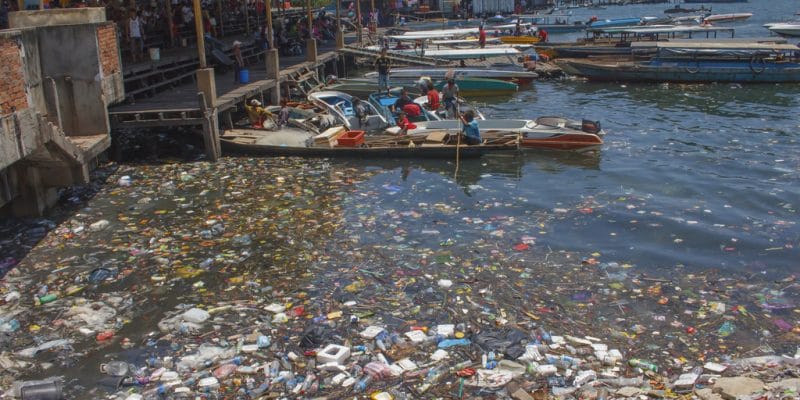 The Senegalese branch of the Association of African EcoMayors organised a day of reflection in Dakar on the occasion of Earth Day, celebrated on the 22nd of April 2019, in the presence of several non-governmental organisations. They agreed to intensify the fight against global warming and plastic pollution affecting the oceans.

Earth Day was celebrated on April 22, 2019, all over the world. In Senegal, the EcoMayors association took the opportunity to organise a one-day reflection on global warming, which was not only relevant to Senegal, but also to Africa as a whole and to the planet in general. Thus, from Greenland to the Mozambican coasts, passing through the Senegalese coasts, the effects are felt: here the glaciers melt, there is coastal erosion that increases, and elsewhere natural disasters follow one another with devastating consequences on all continents.

At the same time, plastic pollution at sea is a concern. Some scientists even talk about a seventh continent made of plastic. According to Futura Science, every second, 100 tons of waste ends up at sea, a large part of which is made of plastic materials. This thorny subject was also at the forefront of exchanges in Dakar between the Eco-Mayors Association of Senegal and several associations such as Ben Bopp and Amjob.

Sensitivity is an issue

Some governments seem helpless in the face of pollution. However, for the EcoMayors association, it is important to focus on raising awareness with a specific target group: young people. “We have been working with the mayors of the network to launch field actions for several months, in particular: “The sea begins here” programme. We know that waste, especially plastic waste, ends up in the ocean. We have to collect waste wherever it is, in the countryside and especially on the coast,” explains Ousmane Sonko, director of the Association of Eco-Mayors of Senegal.

On Earth Day, municipalities in 14 Senegalese cities participated in exchanges around the EcoMayors Association. Together, they are called upon to continue actions to raise public awareness of the dangers of plastic pollution at sea. In addition, several actions are being taken to combat the phenomenon. For example, in November 2018, the Association of Senegalese EcoMayors carried out a major awareness-raising campaign in coastal cities in Senegal, with the support of the Association for the Development of Medina Gounass (ADMG). In Bargny, a coastal town in southern Senegal, the EcoMayors association organised a clean-up action in the commune called Set Setél, with the support of the local authority and the NGO Emjob.

In addition to plastic pollution, Earth Day was also an opportunity to talk about the enhancement of biodiversity, with the initiative of the mayor of Dindéfélo, in Casamance, to promote a nature reserve for the preservation of chimpanzees in West Africa, a much endangered species of primate.