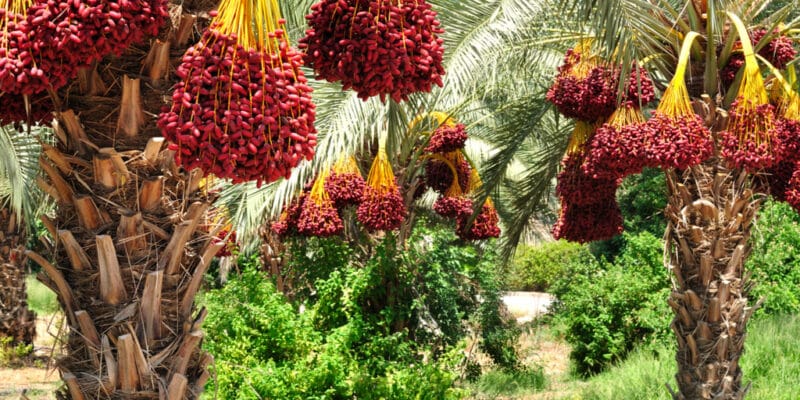 The National Agency for Reforestation and the Great Green Wall (ASERGMV) has just launched an operation to collect date pits to restore Senegal's forest cover. The West African country is losing 40,000 hectares of forest per year.

In Senegal, the National Agency for Reforestation and the Great Green Wall (ASERGMV) is stepping up initiatives to restore degraded land. The agency’s latest initiative aims to plant thousands of trees in the West African country.

In a 2018 report, the World Bank said Senegal had 81,481.6 square kilometres of forest cover. But 40,000 hectares of forest are lost every year due to human activity. The most affected areas are located in the Ferlo, in the east of Senegal, in the Sine Saloum in the west and in Casamance in the south of the country. To hope to restore the forest cover, ASERGMV plans to use date pits. “Date palms grow well in the whole Ferlo area, because they are very humid. These trees are also very interesting for biodiversity because of their water retention capacity, which allows them to survive during the dry season,” explains Haïdar el-Ali, the director of the National Agency for Reforestation and the Great Green Wall.

In addition to restoring Senegal’s forest cover, the planting of date palms will also reduce imports of dates, which are widely consumed during the Ramadan period. These fruits, very often candied, come from Tunisia, the world’s leading exporter, with 120,000 tonnes of dates sold on the international market during the 2018-2019 campaign.

Read Also SENEGAL: New forests will be classified, the first since 1968

Like dates, the planting of Baobab is also encouraged in Senegal. In September 2020, the government launched a campaign to plant 20 million of these trees across the country. In West Africa, and increasingly in Central Africa, baobab fruit is used to make refreshing drinks, which nutritionists believe are rich in vitamin B1 and C. This ‘juice’ is prepared by soaking the baobab fruit in water for a few hours. The juice obtained is then mixed with milk and sugar. Fermented, the pulp is used to make beer.