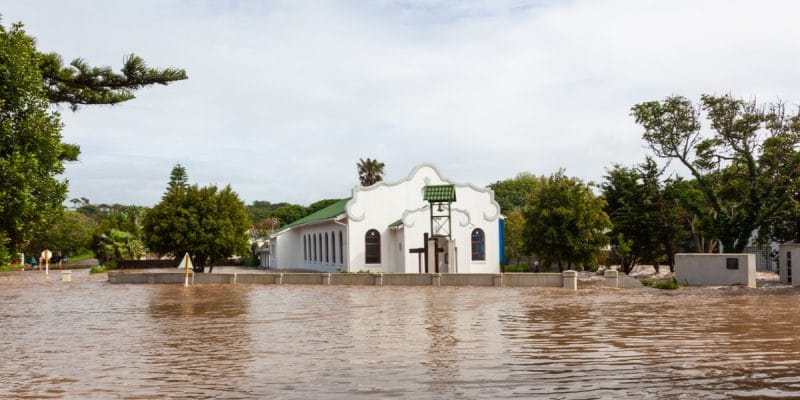 The next edition of the World Habitat Day will be celebrated on Monday 4 October 2021 under the theme "accelerating urban action for a carbon-free world". The urban solution advocated by the United Nations Habitat Organization (UN-Habitat), can prevent floods such as the one that hit the Senegalese capital this August.

The United Nations Habitat Organization (UN-Habitat) is focusing this year 2021 on climate disasters that affect cities. The next edition of World Habitat Day will be celebrated on Monday October 4th, 2021 under the theme, “Accelerating urban action for a carbon-free world”. UN-Habitat is advocating for urban solutions to the worsening effects of climate change.

The way cities are planned, built and managed is key to reducing carbon emissions and keeping global warming within the limits set by the 2015 Paris Climate Agreement. According to UN-Habitat, cities account for about 75% of global energy consumption and are responsible for more than 70% of global greenhouse gas emissions. The trend will increase as cities are expected to accommodate an additional 2.5 billion people over the next 30 years, according to the UN Department of Economic and Social Affairs, raising the proportion of people in urban areas from 55% today to nearly 70% in 2050.

In the run-up to COP26, and in line with the 2021 World Habitat Day theme, UN-Habitat is calling on Member States to accelerate urban climate action. This includes building the capacity of cities in planning and implementing climate targeted actions, including planning for more compact and walkable cities, support for improved national building codes, sustainable building practices, improved public and non-motorized transport, introduction of electric mobility, clean energy production in cities, as well as improved waste management, water supply and sanitation.

The UN-Habitat appeal comes at a time when African cities are paying an unfair price for climate-related natural disasters. The most current case comes from Senegal in West Africa. A few days of rain in mid-August were enough for the inhabitants of several districts of Dakar to find their feet in water. To the dismay of tens of thousands of inhabitants, this scenario is repeated every year during the winter season, the rainy season that runs from July to September in Senegal. And the phenomenon is not about to stop. The 6th report of the Intergovernmental Panel on Climate Change (IPCC) predicts disastrous scenarios in Africa. The impacts of global warming will force many African families to abandon their homes. That’s about 2.7 million people by 2050.